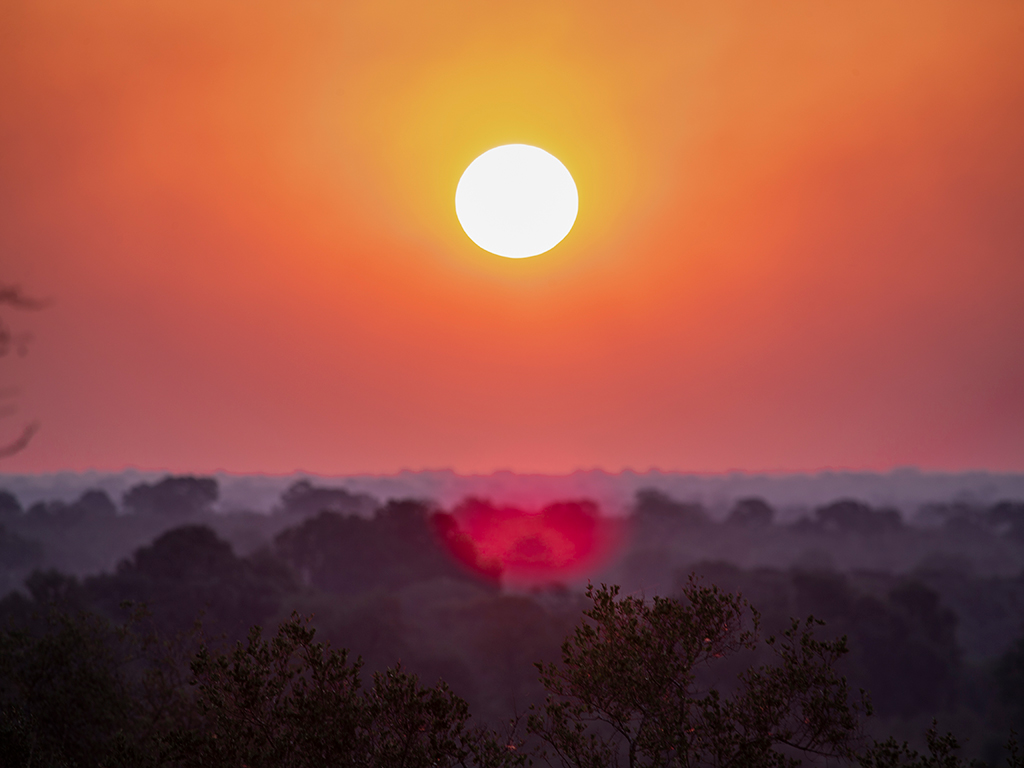 Optimism about the Future of Sustainable Ecotourism

July 18, 2021, marks the 12th Anniversary of Mandela Day—an annual celebration of the legacy of Nelson Rolihlahla Mandela on his day of birth. This year, the milestone is once again contrasted by the stark realities of the ongoing Covid-19 pandemic.

For more than a year now, disadvantaged communities continue to disproportionately endure its effects. In South Africa, the devastating loss of income opportunities, as well as the drying-up of relief mechanisms, have created a food security crisis. According to Ipsos, “almost half of all adult South Africans surveyed in late 2020 said that their households often had to go to bed hungry during the Covid-19 pandemic as [they] did not have enough money for food”. To highlight these challenges, the theme of this year’s Mandela Day is One Hand Can Feed Another 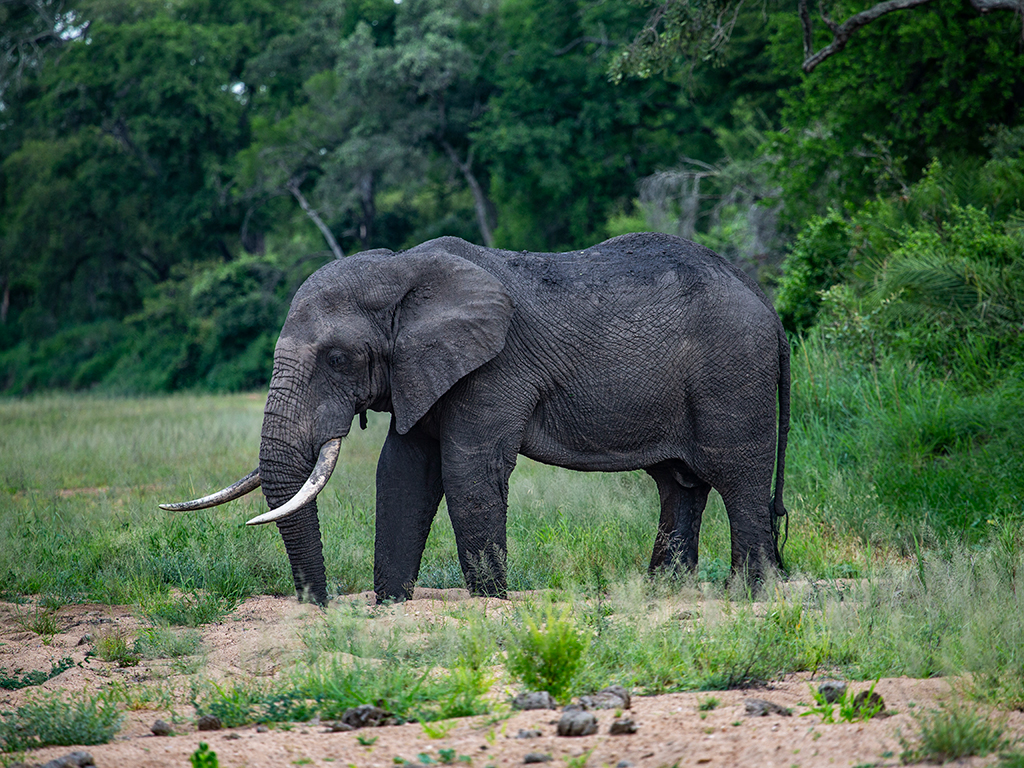 The loss of livelihoods has been acutely felt across our industry. According to the International Finance Corporation (IFC), the South African tourism industry generates more than 2.2 million jobs. However, more than 80% of the industry is comprised of small businesses—many of which are on the brink of shutting down as global travel restrictions and national lockdowns cripple the industry’s ability to remain afloat. In the last year alone, the severity of the pandemic has resulted in the loss of more than 300,000 jobs in the industry according to Deputy Tourism Minister, Fish Mahlalela. In a recent report published by the United Nations Conference on Trade and Development (UNCTAD), projections show that South Africa will suffer one of the greatest economic losses in the world from the disappearance of cross-border tourism until at least 2023. According to the report, which measured the impact of reduced cross-border tourism on both GDP and the loss of unskilled labour, even an optimistic simulation of the future impact ranked South Africa as the third-most affected country in the world.  On an even larger scale, tourism accounts for 7.1% of Africa’s total GDP, contributing a vital USD 169 billion to the continent’s economy. According to the World Travel and Tourism Council, nearly 8 million these tourism-related jobs have been lost in Africa alone.

Nonetheless, in the fitting words of Nelson Mandela, “may your choices reflect your hopes, not your fears”. We, as the Mluwati Concession family, are sanguine about the future. Here are three trends that illuminate why we remain steadfast in our confidence about the future of sustainable ecotourism in South Africa as we readjust to a new, post-pandemic normal

1. Growing Demand for the Physical and Mental Health Benefits of Returning to Nature:

The precipitous increase in the presence of technology in our lives, coupled with the inability to change our surroundings as a result of travel and lockdown restrictions, have had devastating physical and psychological effects on our health. As a result, the longing for travel—particularly to escape to nature—is palpable.  In a recent survey conducted by ITB Berlin and Statista in March 2021, 70% of surveyed markets were shown to already be planning their first post-pandemic travel trip. Furthermore, the same survey indicated that a high proportion (an average of 73%) of the surveyed markets preferred nature trips over city breaks.

There is “mounting evidence that contact with nature has significant positive impacts on health”, according to Mardie Townsend—a professor of Qualitative Social Research, Social Policy, and Public Health at Deakin University. Research has shown that spending time in nature, not only reduces stress and anxiety but also, increases levels of lymphocytes—cells in the body that fight against viruses and various diseases—as well as the expression of anti-cancer proteins. For our mental health, prolonged exposure to nature improves our direct-attention abilities and is a vital actor in positive psychology. 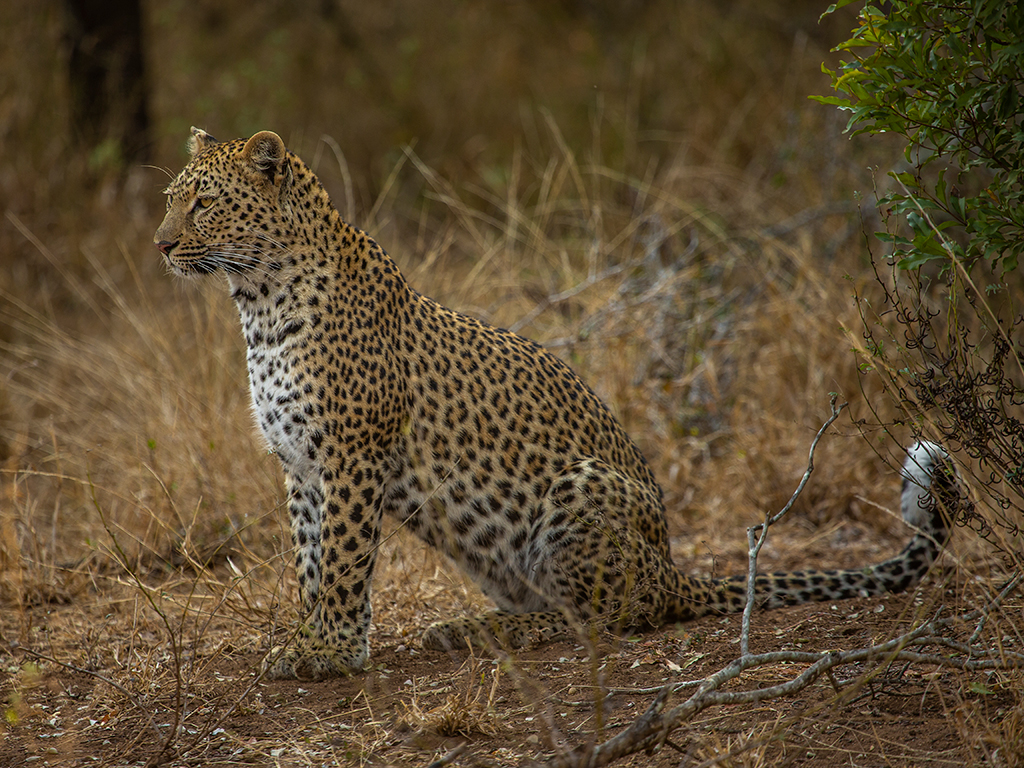 2. Innovative Covid-19 Health Protocols and the Vaccination of Frontline Workers

In the wake of Covid-19, the industry has worked hard to ensure that we provide maximum service to make certain that no need goes unmet whilst continuing to protect traveller safety. Our elevated and dynamic covid-19 protocols—developed in collaboration with leaders of the local tourism sectors, the Government of South Africa, and within the World Health Organisation (WHO) framework for travel and hospitality— embrace today’s environment and the need for world class augmented safety, hygiene, and social distancing standards. Here at the Mluwati Concession, we have also introduced our digital App, which provides contactless features such as online check-in and wellness pre-bookings to minimise the time spent at frequent touchpoints. As new research on the changing nature of the virus emerges, we continue to refine our approach. 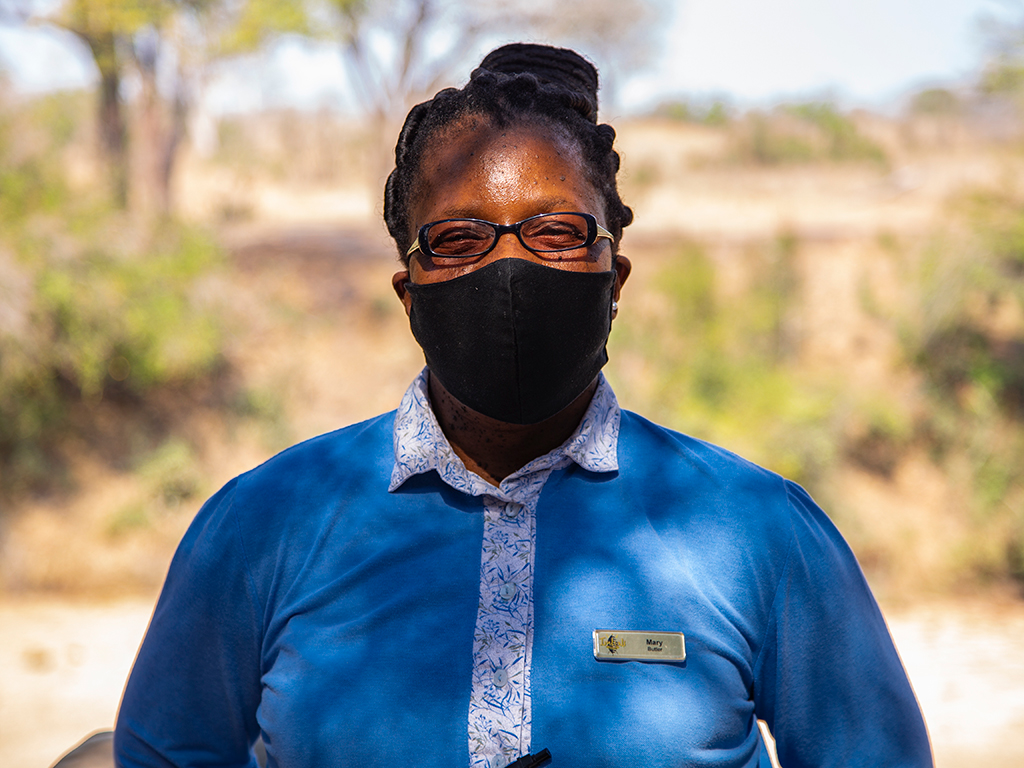 Though South Africa’s vaccine rollout strategy commenced at a comparatively later stage, the vaccination rate continues to grow at an almost–exponential level. In just two weeks, the country’s vaccination rate has increased by more than 400% (700,904 people on May 20, 2021, versus 3,639,039 people on July 8, 2021). As of July 15, 2021, people over the age of 35 are eligible to register and get vaccinated. For the tourism industry, the national government has also approved in principle that tourism sector front-line workers should be prioritised in the ongoing rollout strategy. The increase in vaccination rates across the country, and particularly within our industry, will increase our resilience and expedite our preparedness to welcome international travellers. We also hope that the vaccination of frontline tourism workers will reaffirm confidence in the safety of South Africa as a destination. 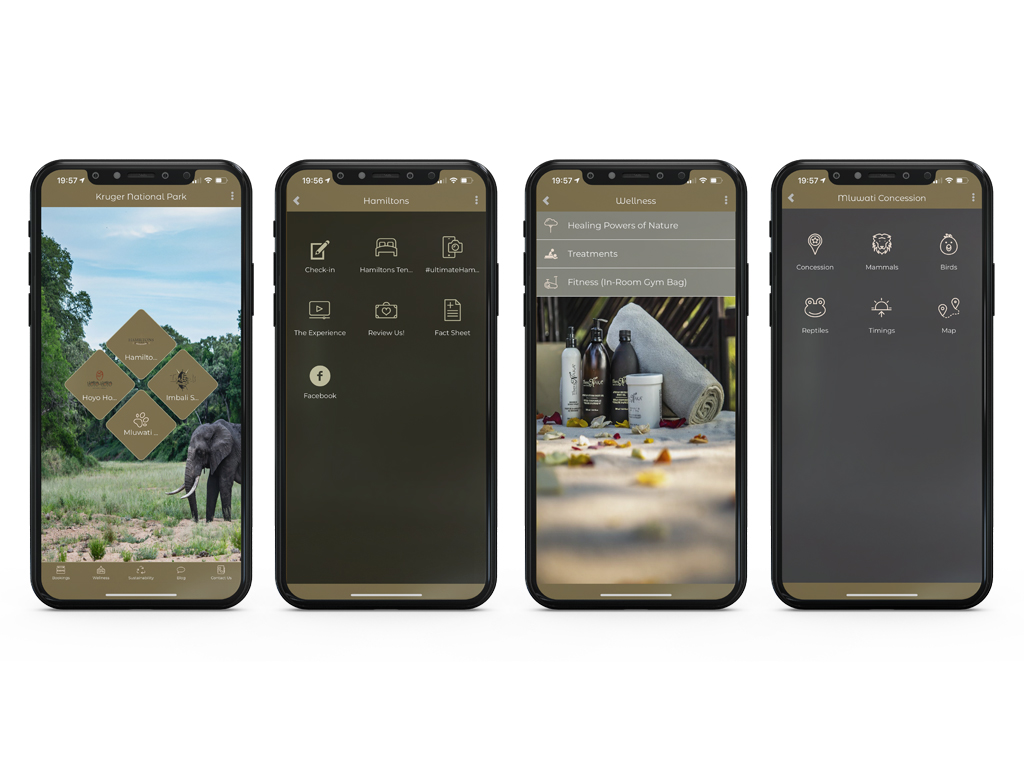 3. Growing Desire to Travel with Purpose

Most compellingly, 2021 has cemented the collective desire to travel consciously and sustainably. As Forbes notes, travel experts predict that travellers will be more thoughtful and responsible when it comes to where they are going and how they are approaching the whole travel experience. According to a study conducted by travel company, Virtuoso, more than 84% of travellers indicated that the covid-19 pandemic has made them want to travel more responsibly in the future. 72% of those surveyed wanted their next travels to support local communities and economies, preserve the destination’s cultural heritage, and protect the planet. In Africa, particularly, much of the continent relies on sustainable ecotourism to create lasting benefits for community empowerment, wildlife conservation, and for land preservation. Sustainable ecotourism helps to preserve our natural resources for future generations to enjoy, mitigates risks from unsustainable land use, increases investment returns for businesses, and safeguards the irreplaceable beauty of the African bush and its wildlife. 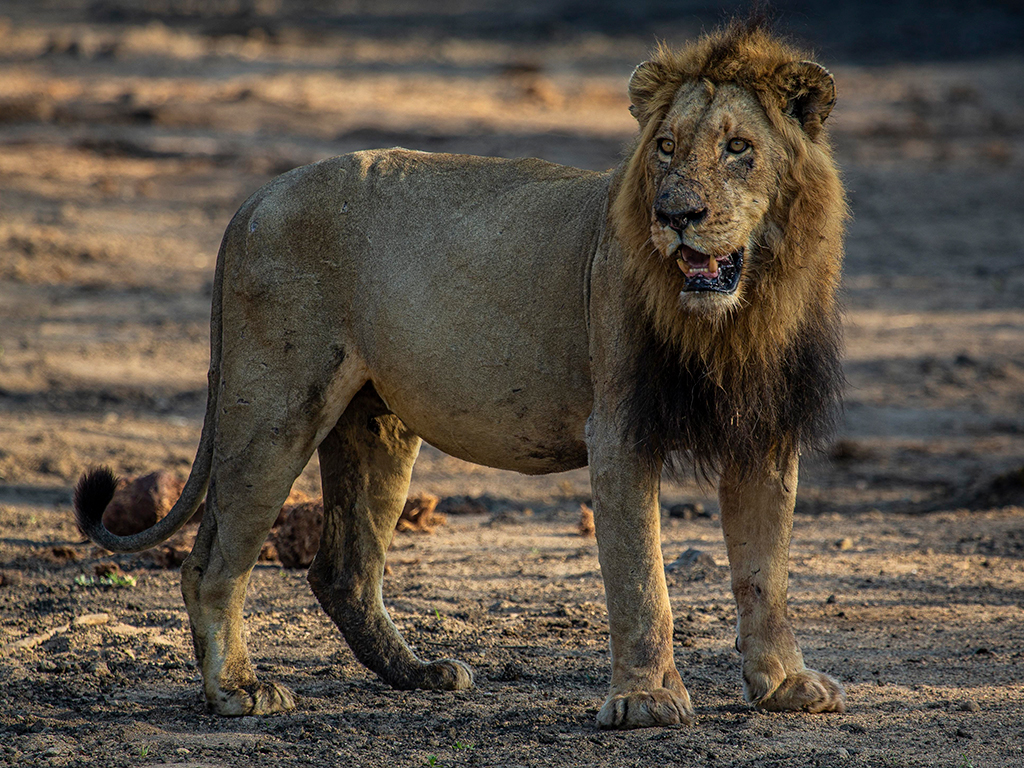 As an organisation, the fundamental philosophy that drives what we do is the belief that we can engage in sustainable and constructive ecotourism. Our mission is to preserve the biodiversity of the area by empowering the local community to collectively build a lasting landmark tourist destination that will continue to generate benefits for the local community, for conservation, and for ecotourism. Here at the Mluwati Concession, we are humbled to collaborate with our community partner—the Mirantha Youth Development Project— in empowering the youth of our local communities through life skills programmes. As part of our extended family, our guests are encouraged to contribute to our resource-based approach in order to ensure that their travels have a lasting and meaningful  positive impact on our local communities. We are also a proud member of Pack for a Purpose, an initiative that allows travellers to make a lasting impact in the community at their travel destination. If our guests save just a few kilos of space in their suitcases and take supplies for the projects we support in need, they will make a priceless impact in the lives of our local children and families. 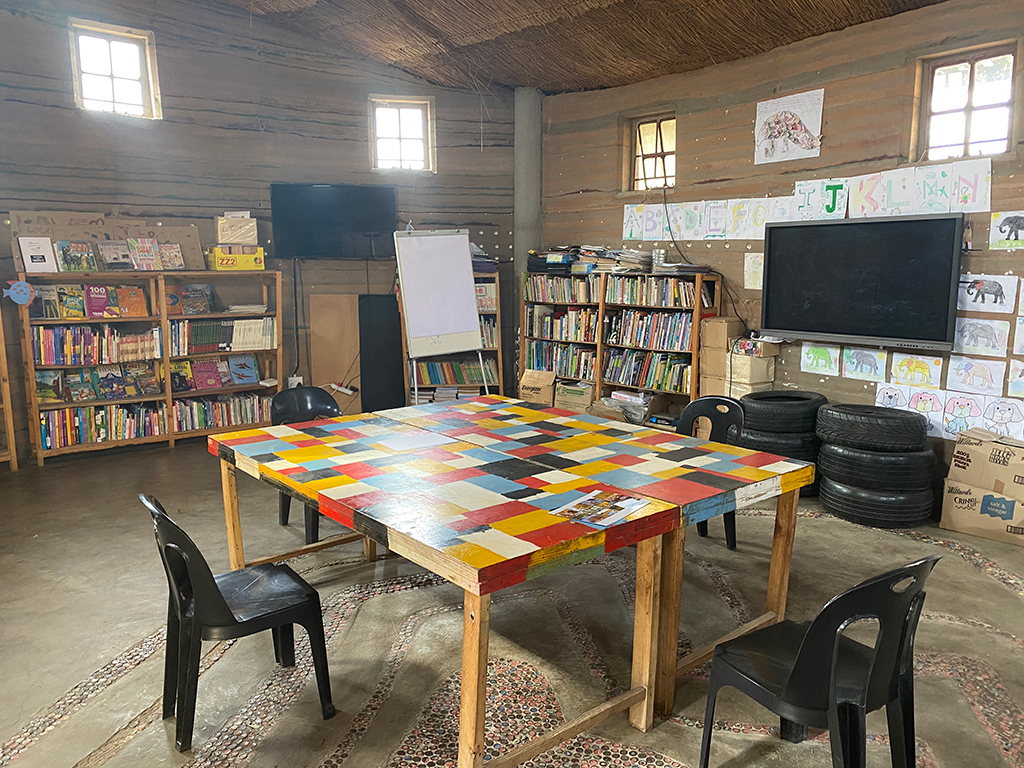 Despite the unprecedented levels of uncertainty, isolation, and despondency that have gripped our existence as people over the last year and a half, our shared optimism for a better tomorrow drives us to innovate, problem-solve, and bravely face the challenges that we are experiencing. It is for these reasons that we embrace Nelson Mandela’s spirit of Ubuntu— “I am, because you are”. As a society, we have never been more aware of the collective responsibility that we all share to transform the world for the better.

Through our individual capabilities, we are able to make meaningful, lasting change. As we emerge out of the dark times of lockdown, we commit to doing our small part in helping to transform the world we live in for the better with renewed vigour, hope, and empathy. We look forward to collaborating with our guests to create lasting memories, and for them to leave a lasting legacy of their time spent with us 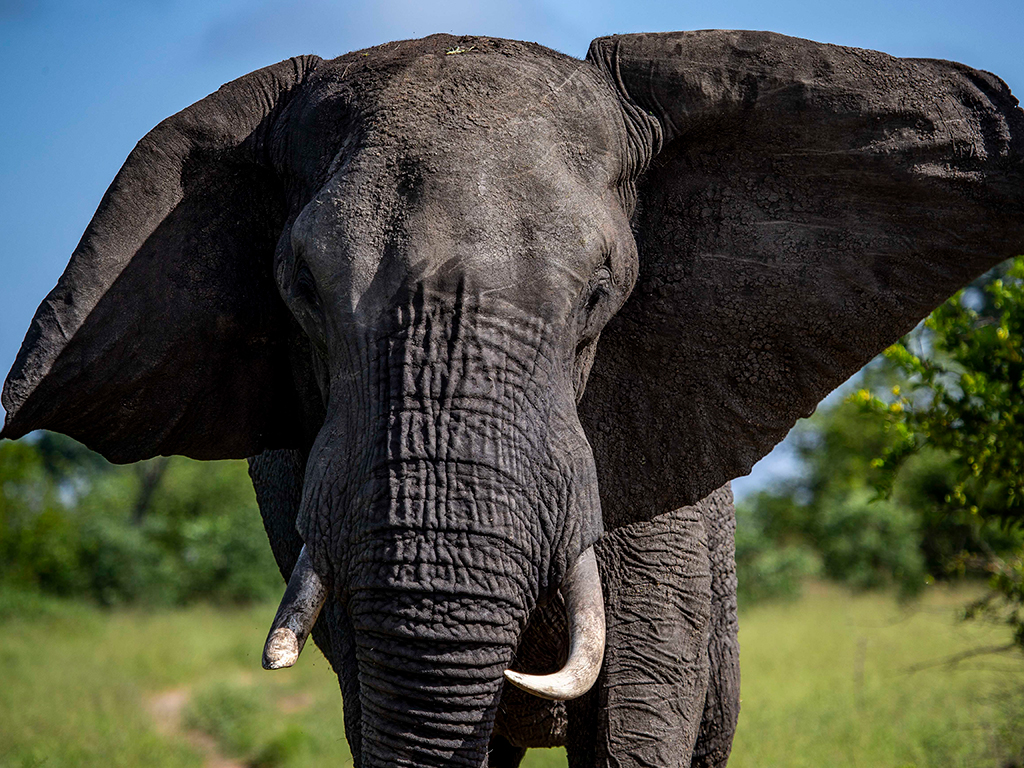