To all our guests past and present, and those that are still to come, a warm welcome from the beautiful Mluwati concession here in the famous Kruger National park. It has been a busy month here on concession, guests and guides have had some once in amazing sightings around lodges, out on concession and even out on Public Roads. The dam which is located on S36 close to Muzandzeni Picnic sight has been the main attraction both with early morning and late afternoon drives due to this being the last remaining water source close to us except for the lodge waterholes. Huge herds of Buffalo, Elephant, plains game and of course predators taking full advantage of the constant flow of wildlife around the dam. Although we have had a splatter of rain through the month and the trees are showing new growth the bush is still very dry, we are looking forward to the first rains here on Mluwati Concession.

A bumper month of Lions sightings, they make up a large majority of the cat sightings for the month. Hamilton’s Female which was seen mating with the Scorro Mabiri male has been seen on a few occasions with her new cubs. A lot of new lions have been moving through the concession but do not linger too long here. Skybed Male was seen at Dam on S36, new male which was seen on wedding plains last month, has been seen again on a couple of occasions with 1 of the Imbali Pride sub adult males “Mohawk”. Lions have been very active around all three of the camps waterholes during the month.

Good news to everyone who follows our newsletters, Nkhanye was seen again this month with the young female cub in tow. Although she is a lot bigger now it is great to hear that she has survived and is doing very well. Hoyo Hoyo Female was seen mating with Wabayisa again around Hoyo Hoyo we expect the next time we see her she may possibly also be showing signs of suckle marks. Male and Female Leopard heard mating around Imbali Staff Village last couple of days although at this stage it is unknown of which leopards these may be. Leopards are often seen in the evenings around the waterholes in front of the lodges which is always a bonus for the staff and guests alike. Shidulu was seen again with an impala kill, he is still looking very healthy and seems to have hunting down to an art now.

Cheetah again have been very scarce this month with sightings limited to the South Western corner of the concession. 3 young males found by one of our newer guides close to KNP Corner, we are sure these are the males which often come for a quick visit from our neighbours in Sable Sands. Still even though it is only this sighting which we have had they did hang around for a couple of days which was awesome for our guests. 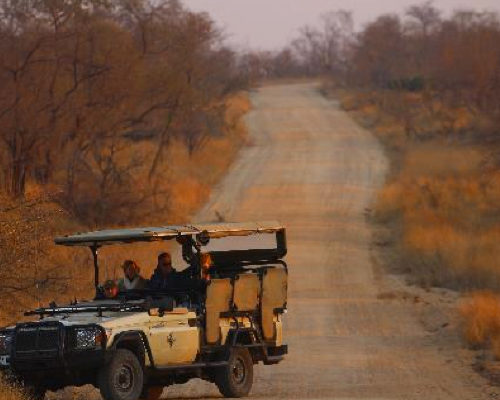 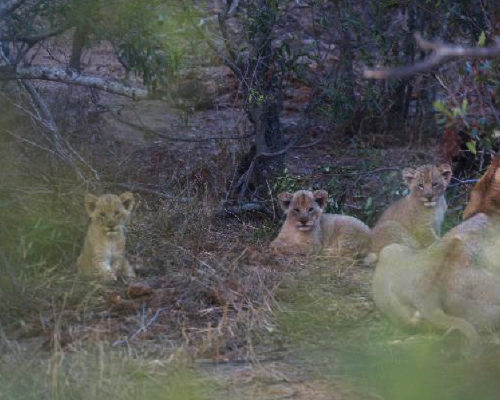 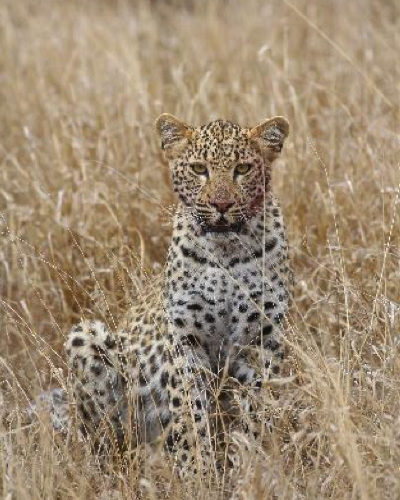 Nkhanye – Female cub grateful to see she is doing well 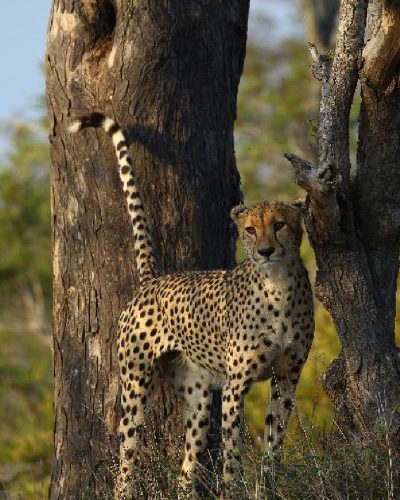 Always a special privilege to see these “cats”

Some incredible sightings of these rare and special carnivores, can you believe for our two new guides on the concession this is the first time they have ever seen wild dogs. Pack of 23 dogs “Investec Pack” were seen around Hoyo Hoyo and Manyeleti Cutline down as far as KNP Corner on our western boundary. Their pups are looking extremely healthy which is good news for everyone. Unknown pack of 5 dogs were seen again between Guarri drift and Hamiltons’ Tented Camp on a couple of occasions through the month. The Hamiltons Pack as far as we know from EWT Grant Beverley is that they are still somewhere between S36 and Kumana Dam, the area is rather large although some images have been seen on Facebook of the pack which have been posted by tourists.

The tassel between Elephants and Buffalo at the waterholes is ongoing with there being so little water around. From big bull Elephants to the tiny tots with the herds they are always a pleasure to see for guests and guides alike. Although the Buffalo sightings have been constant around the waterholes there seems to only really be groups of Dagga Boys around not many herds on concession. Guides and guests have had big herds around the dam on the S36, some lucky enough to see a few failed lion hunts which always seem to take place in late afternoons when they come to drink.

Birdlife is almost back into its summer swing with majority of the migrant species now back including Red Chested Cuckoo and Jacobins Cuckoo, some of the species of Cuckoo are yet to return, as well as Woodlands Kingfishers. Yellow billed Kites, Wahlberg Eagles, Martial Eagles and various other raptors are being seen often on concession, with the rainy season on its way many of the raptors and scavengers have started breeding coinciding their rearing of chicks with the abundance of food which the rainy seasons will bring.

The concession is teaming with wildlife at the moment from the smallest of animals and birds to the largest Elephant Bulls and Ostrich there is always something for everyone to enjoy. 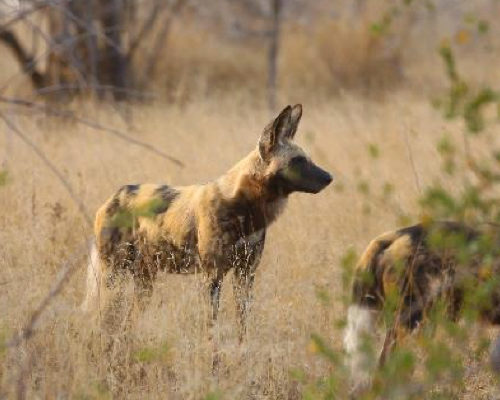 Wild Dogs on the hunt listening or watching 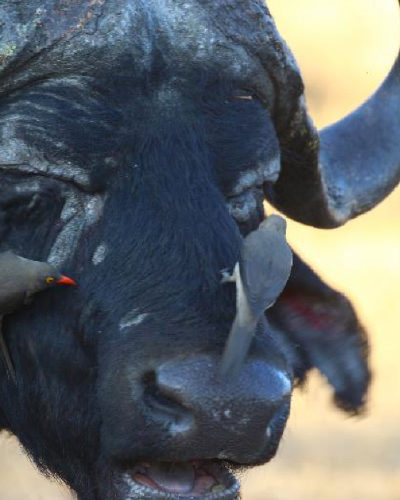 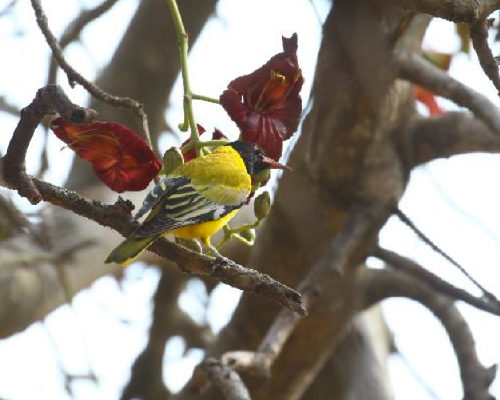