To all our guests past and present, and those that are still to come, a warm welcome from the beautiful Mluwati Concession here in the famous Kruger National Park.

The bush is still very dry, but we are hoping that we will receive some proper rain soon. There were some showers during the month, but the thirsty land made short work of the available water. The Concession has been extremely busy, guests and sightings alike, and the waterholes in front of the lodges display a constant ebb and flow of animals large and small.

One sighting had guides and guests amazed at how the bush can change in a heartbeat.  One afternoon after being out on drive for an hour and had been relatively quiet until one of the guides found 5 Cheetah. While the guide was responding to the Cheetah, another vehicle spotted two Lions hardly a kilometre from the cheetah sighting. Then 5 Rhino were found as well as a massive herd of about 300 buffalo. And this all occurred in a radius of about 2 kilometres of each other. So just goes to show, you never know what surprises you may find in this amazing wilderness.

It has been another amazing month as far as these big cats are concerned with multiple sightings all over the concession.

The Hamilton’s pride along with the three new cubs are all doing well and were seen almost daily around the camp. They had made multiple Kudu kills on which they were feeding.

The Imbali lion pride were seen on several occasions throughout the central parts of the concession as well as on a Buffalo kill which we think died of natural causes. The Pride chased the Hyenas off the buffalo kill and scavenged a free meal in the process. There were also some nomadic sub adult males and Lionesses which were seen around the western Boundary.

It was another tough month as far as these elusive predators are concerned. This is hardly surprising when the number of Lions moving around the concession are taken into account and it is no surprise they are keeping a low profile.

We did see Wabayiza the dominant male leopard on the concession after a long absence. He was patrolling along the riverfront and making very good use of all available cover in the process.

The guests at Hoyo Hoyo had a fantastic show while having dinner as a young female leopard came to drink at the waterhole. A pride of lions arrived shortly after her and she was chased up a tree while the Lions lay in wait. Then a herd of Elephants arrived and chased off the Lions which gave the Leopard just enough time to make a quick escape.

Cheetah are always a very special sighting as they are extremely rare to see.  This month we had some fantastic sightings of a female cheetah with two sub adults in tow patrolling the open grasslands on our southern boundary looking for a potential meal.

There was another sighting of 5 Cheetah all together in the same area two weeks later. The dynamics of the 5 cheetahs was hard to figure out, but it looked as if they were 4 sub adults being chased away by their mother as it was now time for them to venture out on their own. 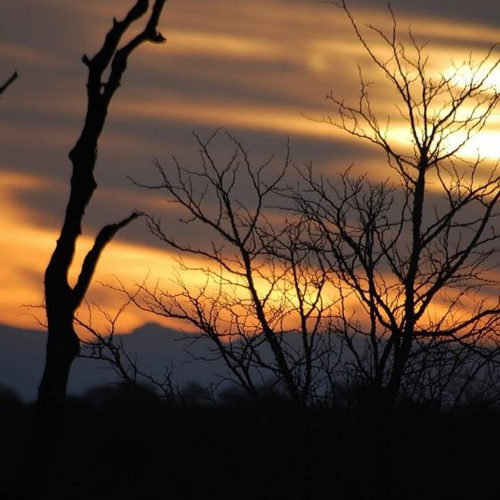 Amazing African Sunsets are always abundant here with us 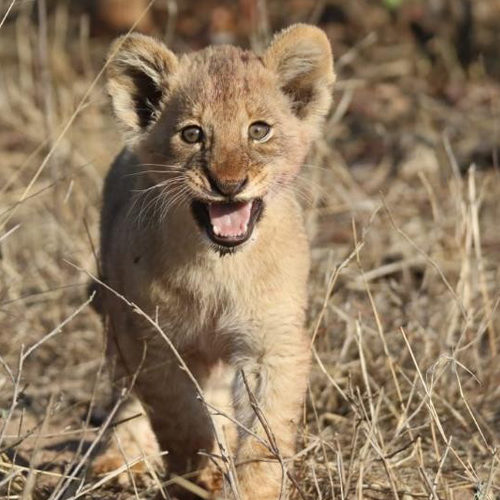 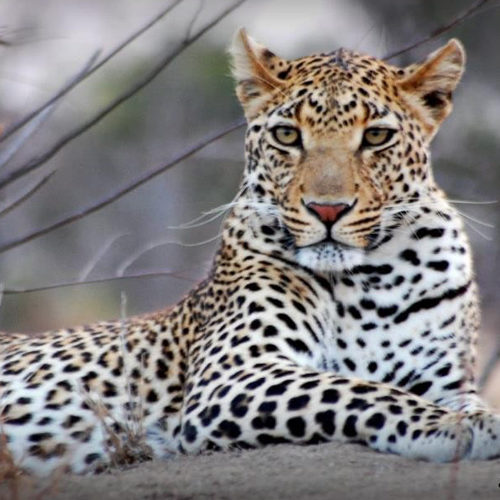 Shidulu – Always surprises us with his love of termite mounds 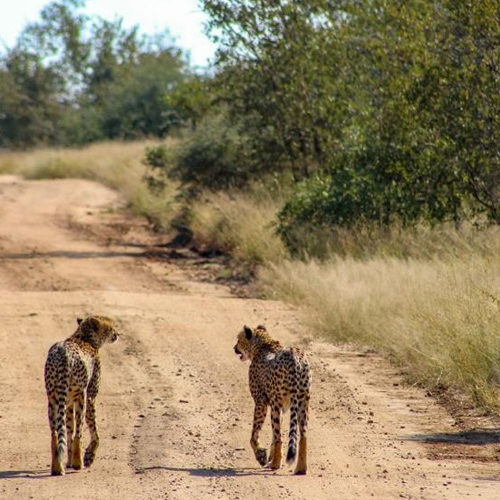 Two Cheetahs walking down the road

These highly endangered Carnivores and expert hunters are always a hit with guests and guides alike. For many of our guests this is a once in a lifetime sighting.

The Investec pack had a close call when running into the Hamilton’s pride of Lions on the Buffalo kill. After being chased off by a lioness, they left the area at speed and continued their own hunting during the morning.

Another pack of 15 wild dog were seen just off concession towards the south resting up at a waterhole for the day.

The Elephants are constantly on the move looking for water and food as it is the still very dry throughout the park.

At the moment there is an abundance of breeding herds pf elephants all over the concession, many of them congregating at the waterholes in front of the lodges.

The large herds of Buffalo are few and far between with just a couple of Dagga boys moving around the concession.

As with the Elephants, these mass herbivores are reliant on water and grass. The big herds of Buffalo will move out of areas during the dry season and return once the first proper rains have fallen in order to take advantage of the new growth.

Birdlife is in full swing as summer approaches with the promise of the first rains.

There is currently an abundance of raptors all over the concession area. Most of the White backed Vulture chicks have hatched and can be seen waiting in their nests for the parents to return with some food.

Almost all the Cuckoos are back, and the bush is filled with sound as each one sings its song in order to secure a mate for the coming breeding season.

We have not yet heard any of the Woodlands Kingfishers who normally return to the Kruger National Park at this time of the year.

The concession is teaming with amazing sights and sounds from the new born Impalas to the song of the Red Chested Cuckoo and the anticipation of what might be around the next corner. 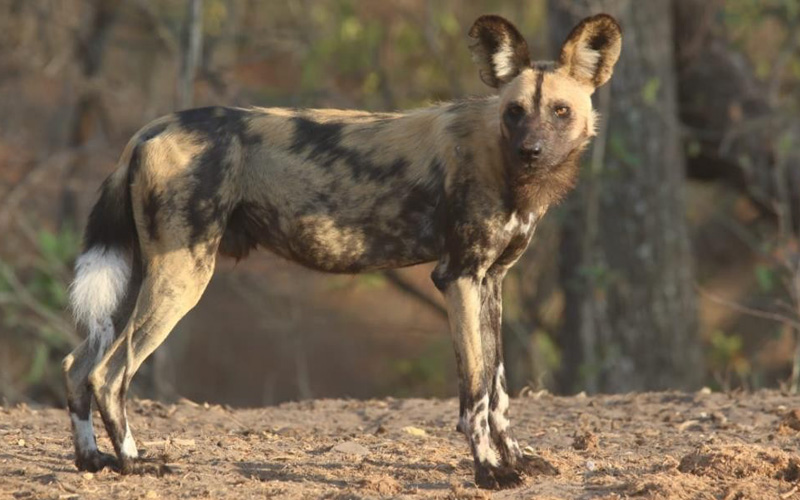 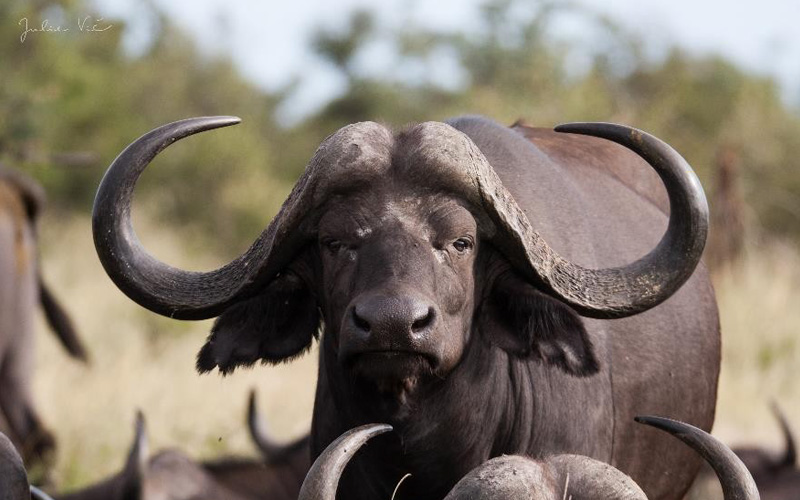 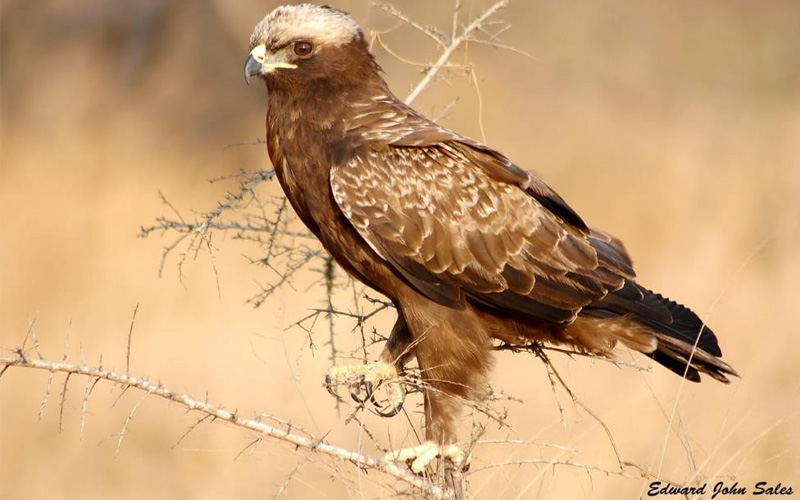 Beautiful image of a Wahlbergs Eagle