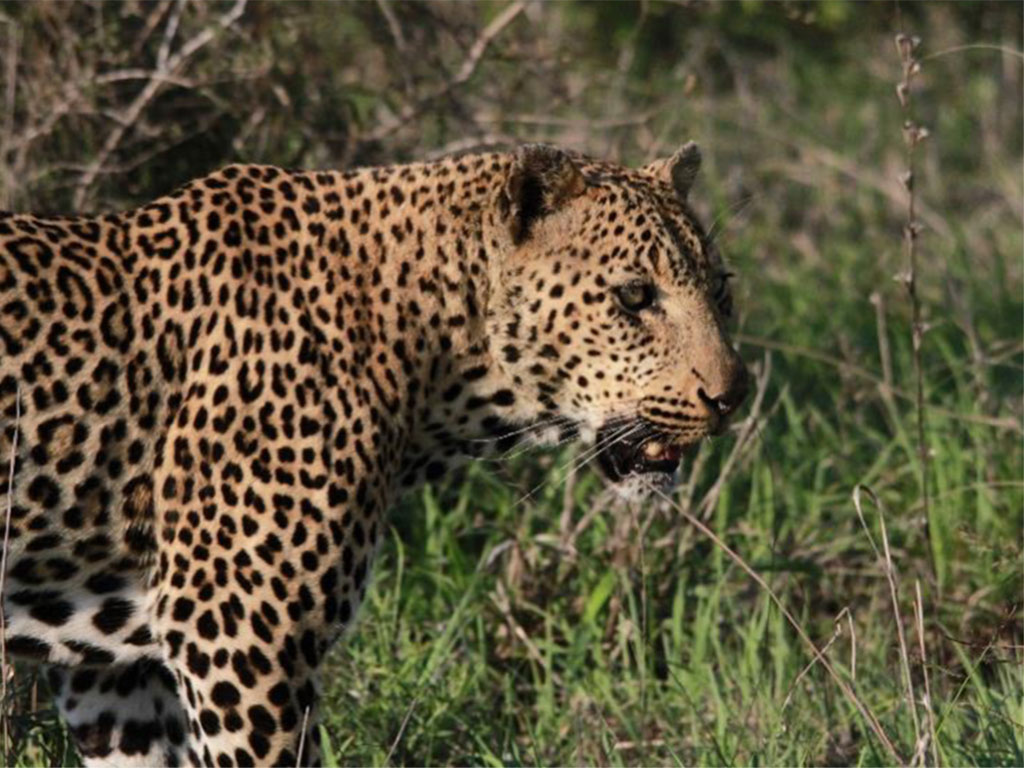 The bush transformed in front of our eyes over a couple of weeks to an amazing array of bright greens, silvers, darker shades. It has come alive with insects from the smallest to the largest of the LongHorn Beetles.

October has built on the incredibly promising start to the summer rainy season that we witnessed in September. From the abundance of predator activity around the concession to the re-emergence of green life, the transformation of the bush around us is a marvel that can only truly be appreciated in person.

This month’s highlights include a plethora of new lions being spotted, to regular updates of our favourite rosetted cats, and the much-awaited return of our painted wolves. 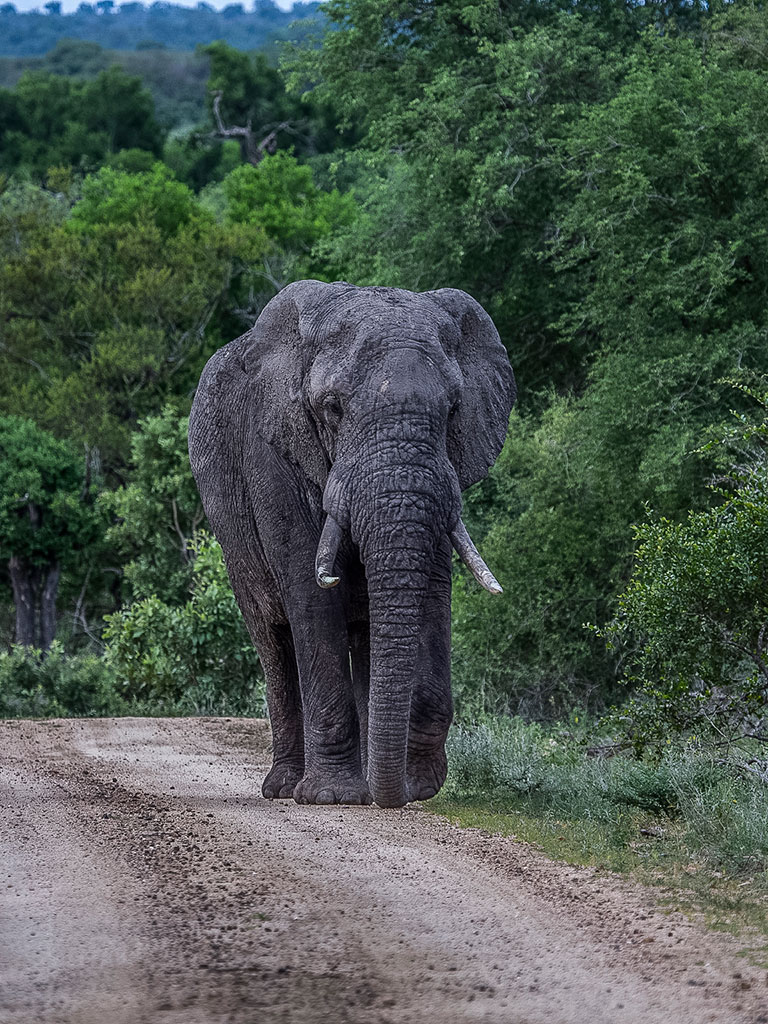 LIONS OF THE MLUWATI CONCESSION: A Hive of Activity 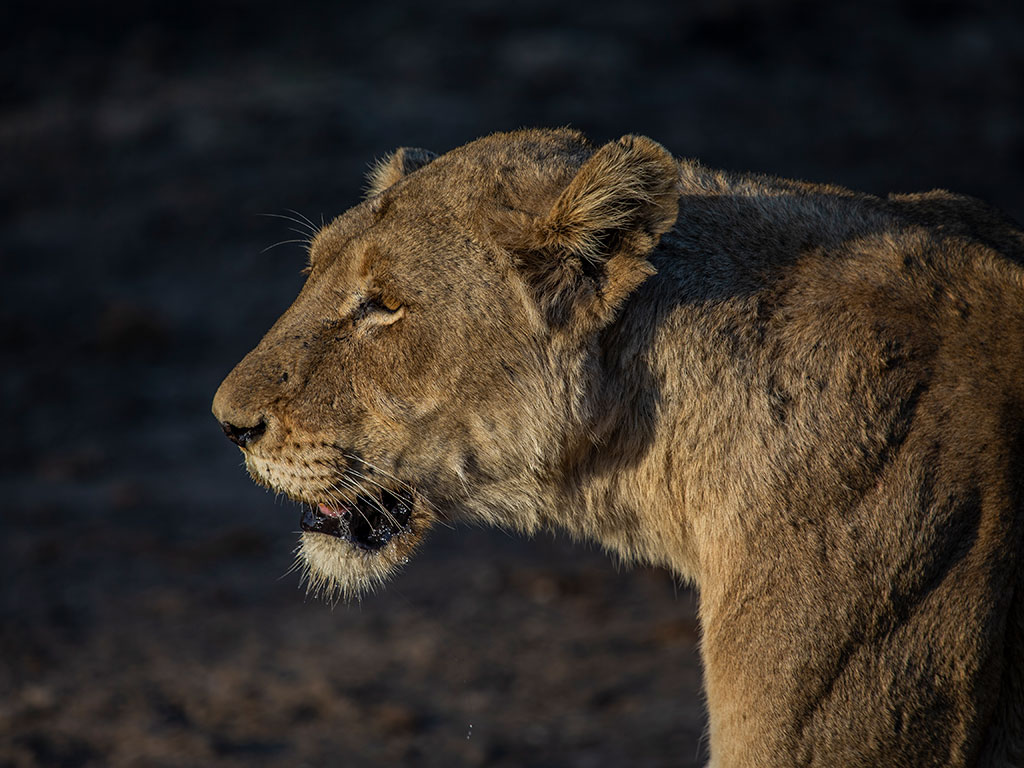 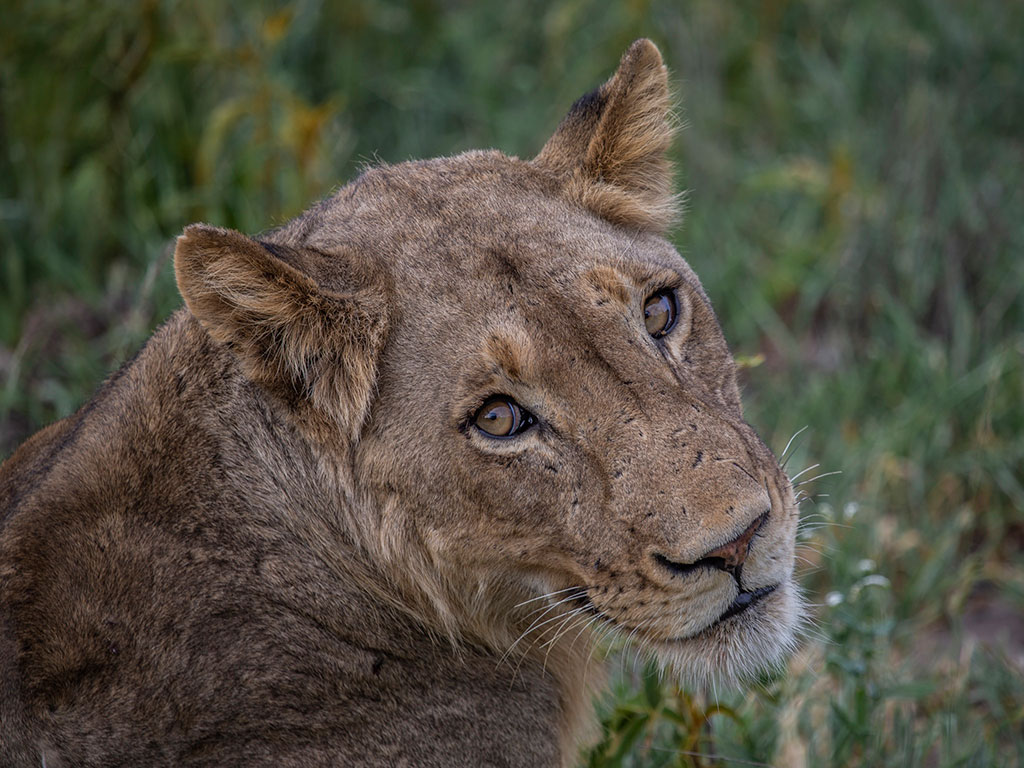 Just when we thought that the level of lion activity could not match what we witnessed in September, this month proved that the concession is truly a lion’s paradise with the arrival of the rains.

The Imbali Pride: The Imbali Pride females seem to have moved into the block between Hoyo Hoyo Open Plains and Ridge Road. There is evidence of some turmoil between the male lions of the area as the females were seen briefly with a large male and noticeably 1 less of the smaller cubs than what they had when we saw them last.

The Hamiltons Pride: The Hamiltons Pride has been spending a considerable amount of time around Hamiltons Tented Camp with the cubs presumed to belong to Madala and Blondie being seen again north of Tent 6. Madala and Blondie, the dominant males, were found one evening lying in the drift close to Imbali Safari Lodge’s Reedbed. Unfortunately, Madala was looking extremely thin and still struggling with an injury that he has been suffering from for a long time. Blondie has been seen on many occasions mating with individual females so this may have a good result for the pride dynamics and structure! It has been amusing to watch how the roles between the two males have changed where Madala used to always dominate when it came to mating with females while now Blondie is the one taking charge.

Torchwood Pride and Birmingham Male: These infrequent visitors from the northern Sabi Sands have been seen again on our Southern Cutline with their variously aged cubs. Only one or two quick visuals of them were recorded and they have since returned back across into Sabi Sands.

Hamiltons Breakaway Pride – The male with an injury and the 4 females with cubs have been spending time at Nhlanga Drift and Modzweni’s viewpoint.

A new, unknown pride has also been spotted. At this stage, they have been spotted moving between Western Cutline, Nyalungu, and Hoyo Hoyo. The pride consists of roughly 23 lions including one large black-maned lion. The prospect of this large pride spending more time in the area is certainly one to keep an eye out on! 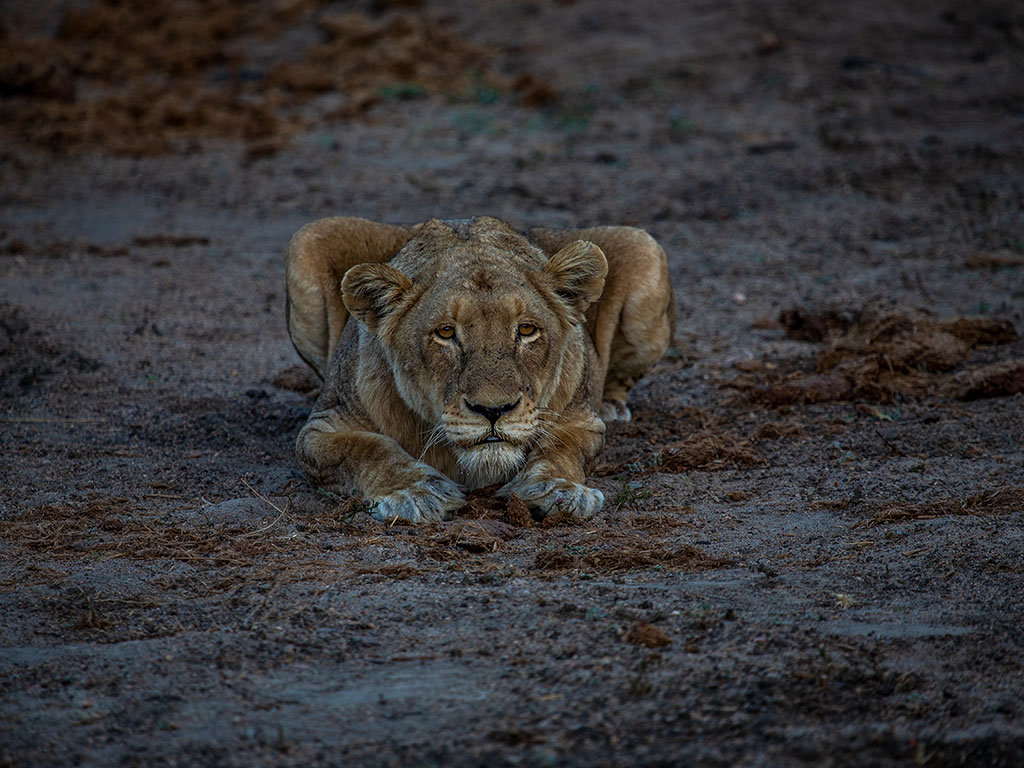 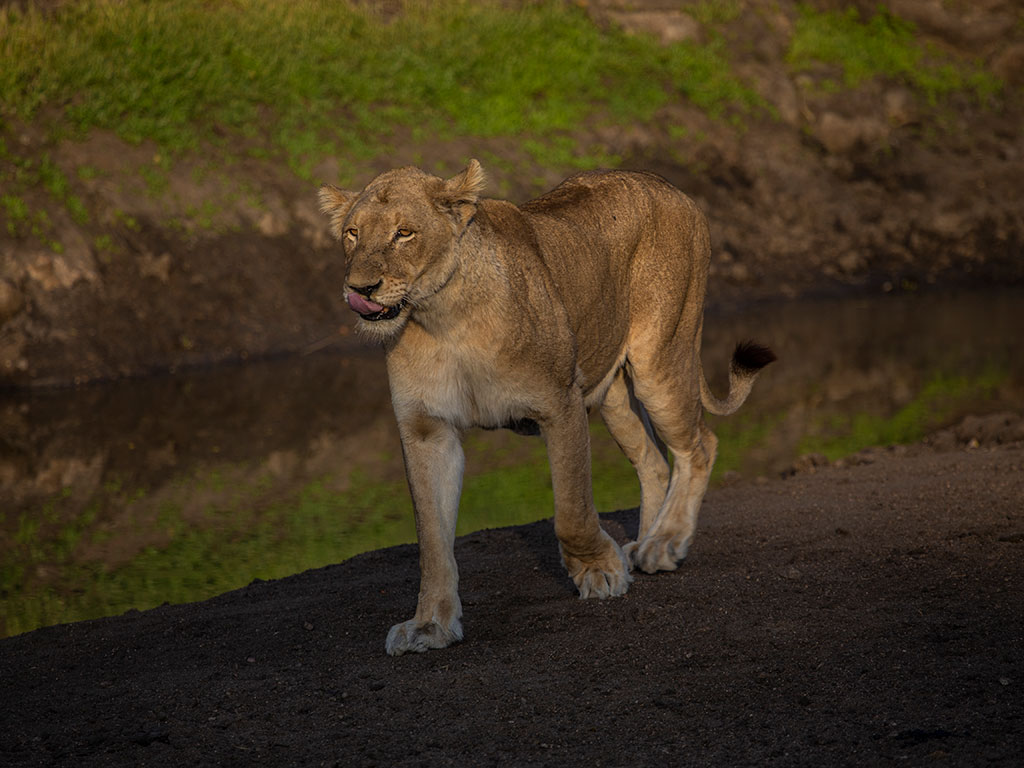 LEOPARDS OF THE MLUWATI CONCESSION: Tales of Peril and Uncertainty

There have been some hair-raising developments with our favourite rosetted cats over the past month.

Nkhanye almost lost her life to a lioness a couple of days ago when she was not paying attention whilst meandering on one of her routine patrols. Evidently preoccupied with something else, she almost walked straight into the equally baffled lioness! To say that we held our breath, almost feeling as though our stomachs were in our mouths, would be an understatement! Thankfully, our resident female leopard managed to spot her unwelcomed guest at the last minute and escaped unharmed.

We have not seen much of Tiyasela again this month as her prolonged absences have made us begin to wonder whether at her age it is not a matter of her beginning to come into heat and looking for a suitable mate.

Wabayisa has been spotted around Hamiltons and also Imbali Access throughout the course of the month. We particularly had an amazing time with him when we found him on the Tswayeni drift where he managed to find a tortoise and proceeded to eat it.

The adventures of our unknown leopards have also not stopped this month. A young female leopard and a young male leopard were seen again around Hoyo Hoyo. Another unknown male was found on a kill on Nkhombe Road, though there was no definite ID made on him.

CHEETAH OF THE MLUWATI CONCESSION

The month ended with a bang as a young skittish female caught an impala just outside of the Hamiltons Tented Camp staff village. Unfortunately, perhaps due to her age and the possibility that she may have grown up in an area without the familiarly of people, she was very skittish in response to the vehicles. Our resident coalition of 4 males has been seen on a couple of occasions.

Another female was seen close to Serabanga Two Track on Manyeleti cutline with a small steenbok kill. It is always so encouraging to see these predators thriving on the concession and knowing that they are coping well under all conditions, especially when we consider the high density of larger big cats like lion and leopard in the area. 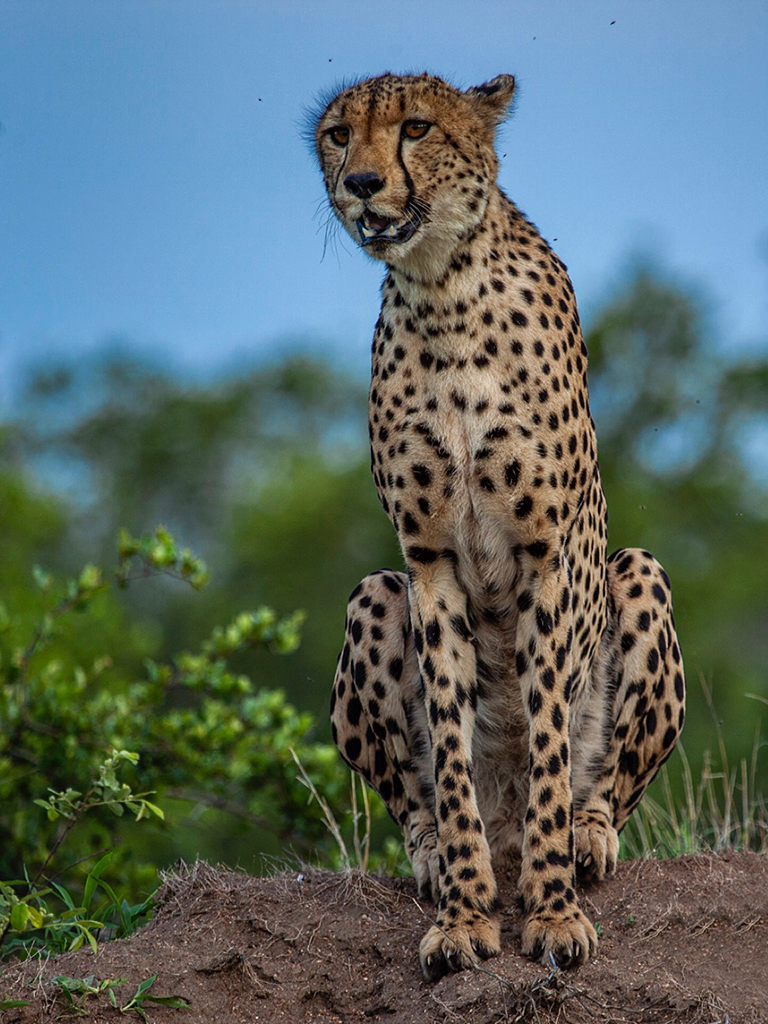 WILD DOGS OF THE MLUWATI CONCESSION

An utterly chaotic few sightings of the painted wolves were thoroughly enjoyed by our guests and guides alike.

The most memorable is the one where Harold, our guide as Hoyo Hoyo, called on the radio to report 3 Wild Dogs having made a kill opposite Room 3 while we were sitting at the main lodge watching the occasional dog coming out of the riverbed. The next moment, the dogs all appeared with each one holding onto a piece of their quarry.

With the light getting less and less and as the sunset, the adults left the kill and went to go and collect the pups who had been waiting for them on the road close to the open plains. We were told the dogs were returning back to the kill but unfortunately a Hyena was first on the scene.

However, true to the tenacity of these canids, it did not stop the dogs from barrelling into the hyena snapping and yipping. This went on to entice more and more hyena into the mix, eventually forcing the dogs to give up. It was such a lively experience that made us just feel so grateful to witness the action without even being noticed. 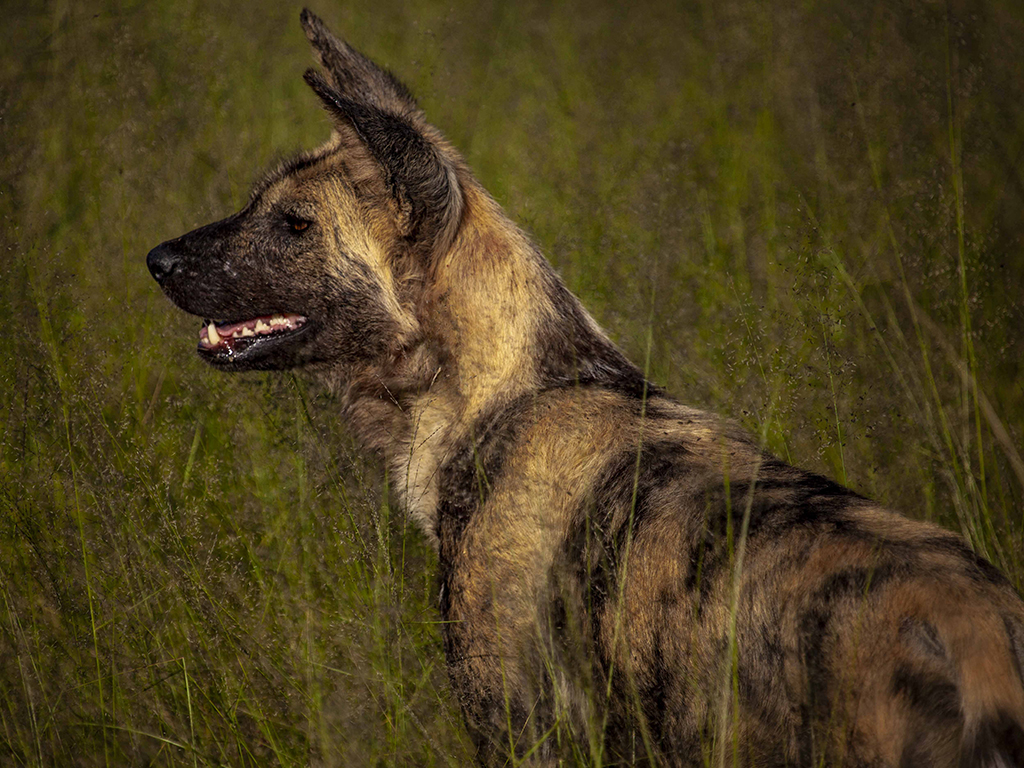 There have been some spectacular sightings of scavengers all around the concession this month.

Vulture updates:
It is truly so impressive to witness the sheer size of a lapped-faced vulture. It is what makes this species the most formidable of all. We were privileged enough to come into contact with a few of these apex vultures on the concession. From one of the healthiest breeding populations of White Backed Vultures to a newly confirmed nesting site of White-Headed Vultures, we are always humbled to be the host of these essential scavengers. We would never manage to rid ourselves of so much dead decaying carcasses that have died of natural causes or by the remains of predators after enjoying the spoils! 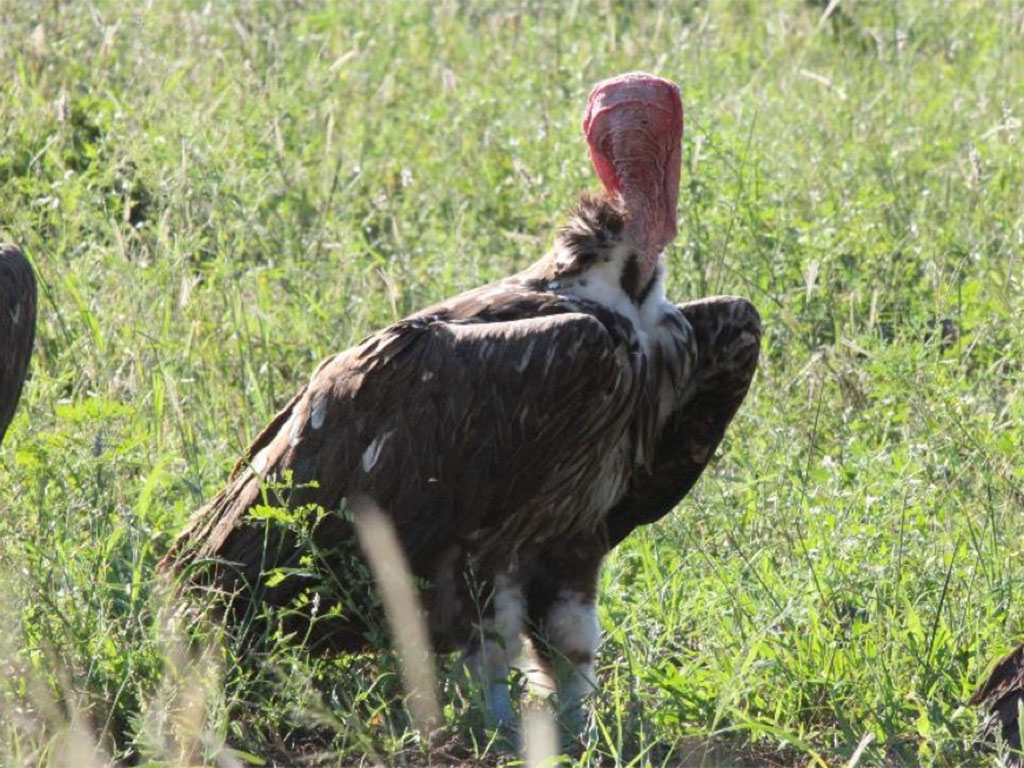 Black-Backed Jackal:
A lively couple of jackals have been spotted on the open areas behind the staff village of Imbali and can be heard on most evenings. A mating couple of jackals have also been seen around Hoyo Hoyo. Unfortunately, there is still no update on the pair that were always seen on Predator plains.

Hyena updates:
Hyena has had a busy month again as usual, from charging around at Hamiltons and Imbali to chasing the Wild Dogs around the plains at Hoyo Hoyo. They are never far away from anything, always hiding in the shadows for an opportunity to snatch up a tasty morsel. 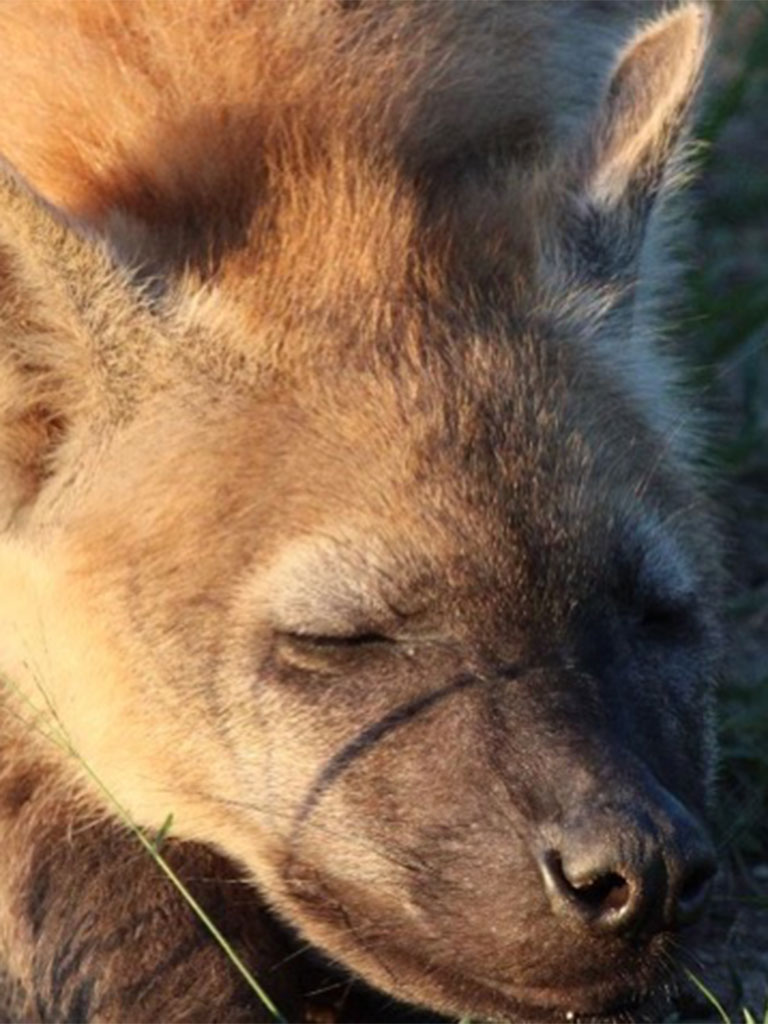 Bull Elephants are slowly starting to show signs of coming into Musth. We cannot wait for the wanderlust of bull elephants that will be traditionally returning to the concession again early next year.

Have you ever wondered how to judge the difference between a Bull elephant and a cow? This simple picture below can help you to spot the differences! 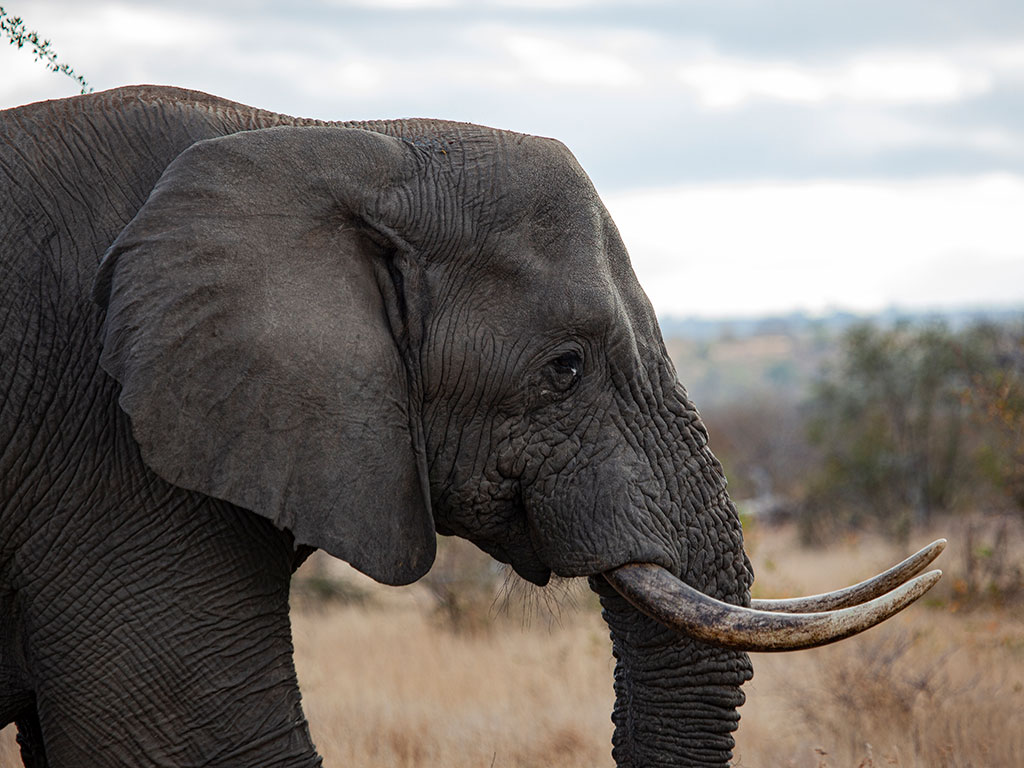 BULL: Much larger body size, but the rounded forehead

No matter which name you choose to call it, the Banded Rubber Frog is easily recognized by its bright reddish-orange bands set against a black body (which is rubbery in appearance – hence its common name). The vivid coloration alerts predators that this is a poisonous frog, however normal handling of this frog is generally safe for humans. You do run the risk of getting poisoned if you have an open cut or scratch on your hands, however. Symptoms of poisoning include painful swelling, difficulty in breathing, headache, increased heart rate, and nausea but these only last about 4 hours. Another special aspect of this frog is its crazy tongue. It can shoot out in an arc greater than 200 degrees, which means that it’s able to catch prey that’s to the side of its head or even slightly behind it! We’re imagining it to look almost like a frog tongue lasso! 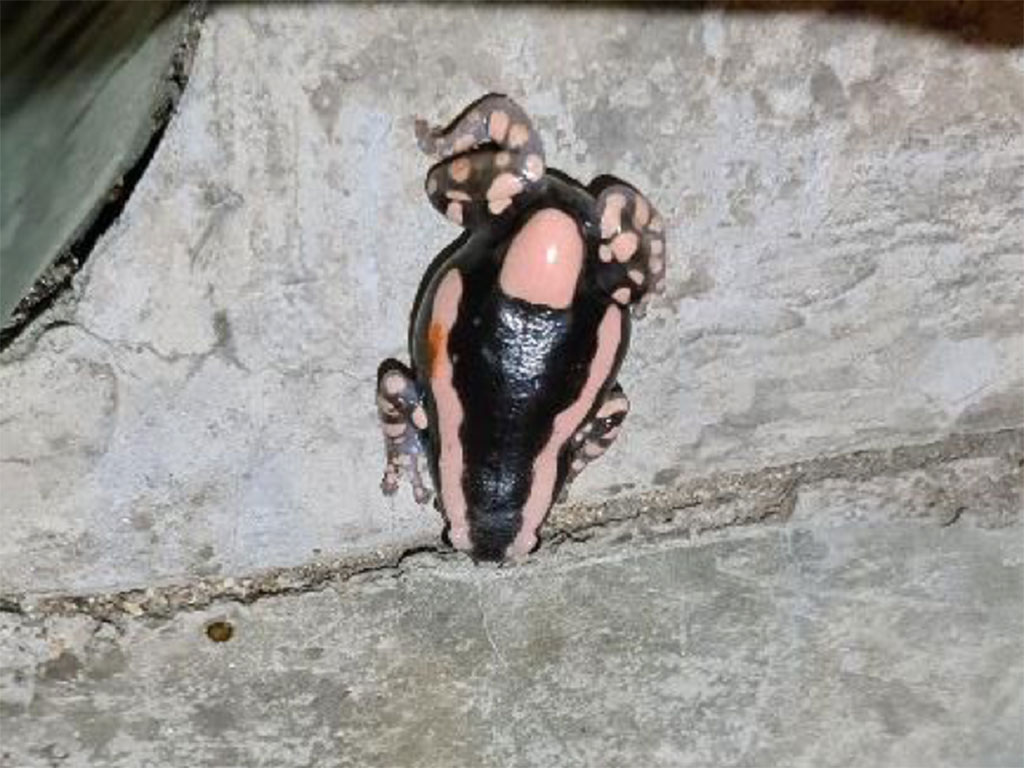 Formally known as the Giant Eagle Owl, this species is globally the third heaviest owl when weighed on a scale. It can grow to over two feet in length. Its wingspan is also impressive, some specimens having a span of up to 2.0 meters.

In Africa, it is the largest owl. Its range in Sub-Saharan Africa excludes the Namib Desert and tropical rainforests.

Apart from its large size, an easily identifiable feature is its white face and noticeable pink eyelids when it blinks. The ears have distinct ear tufts. 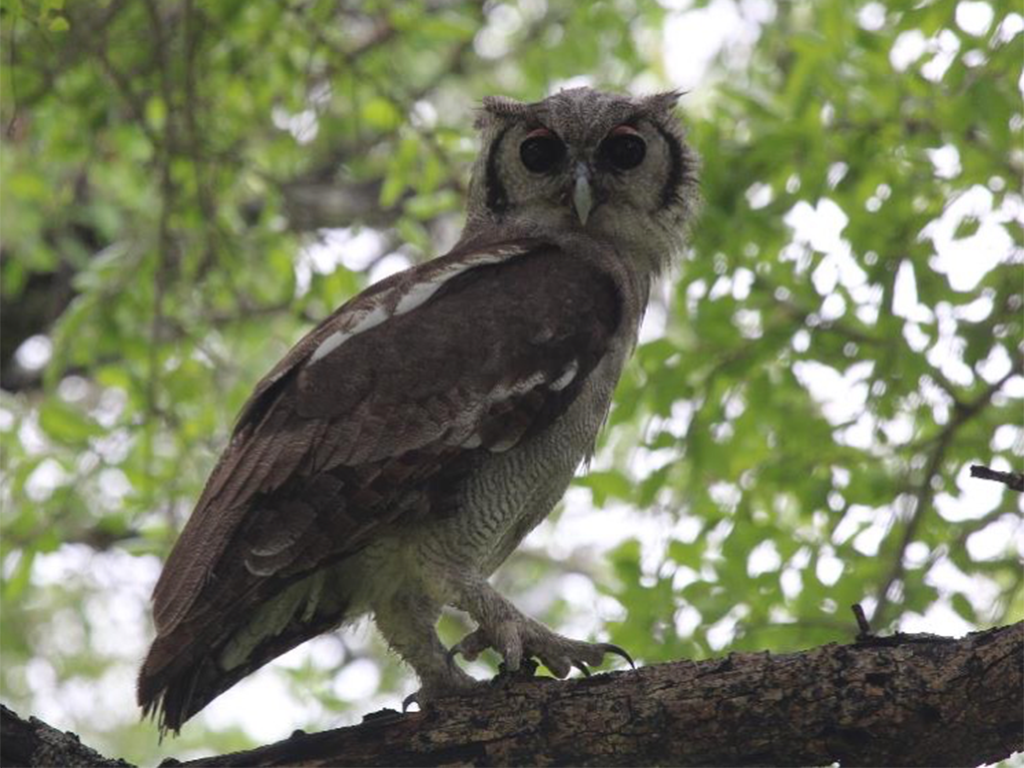 SIGHTS AROUND THE MLUWATI CONCESSION

Can you name all the animals on this page? 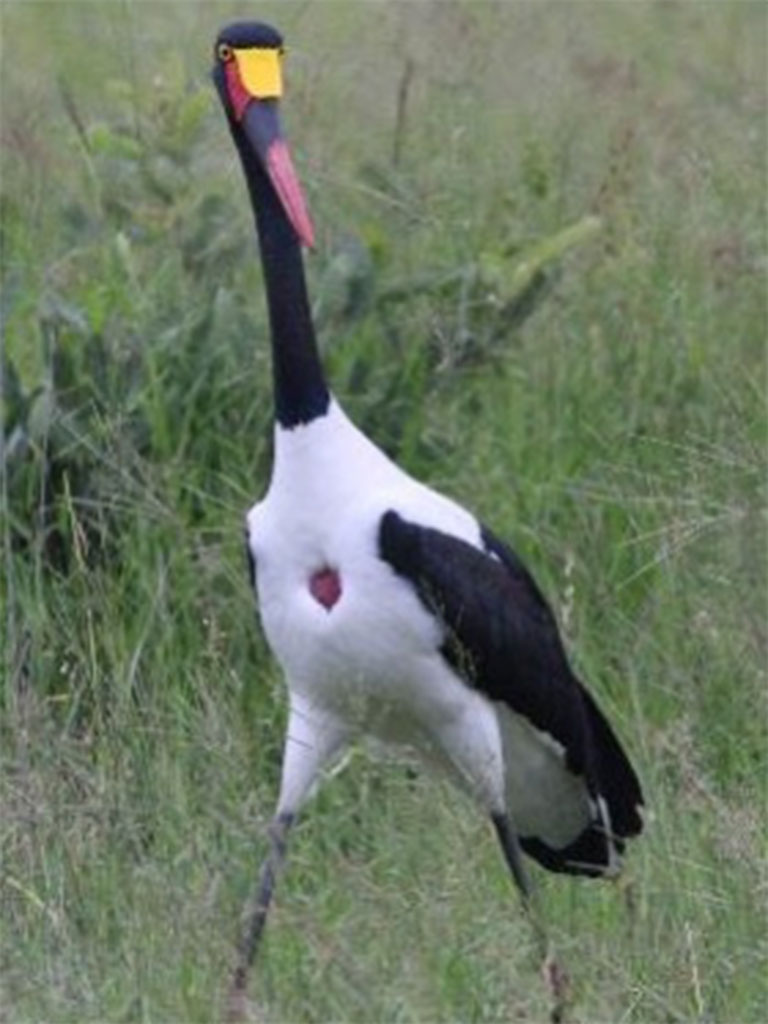 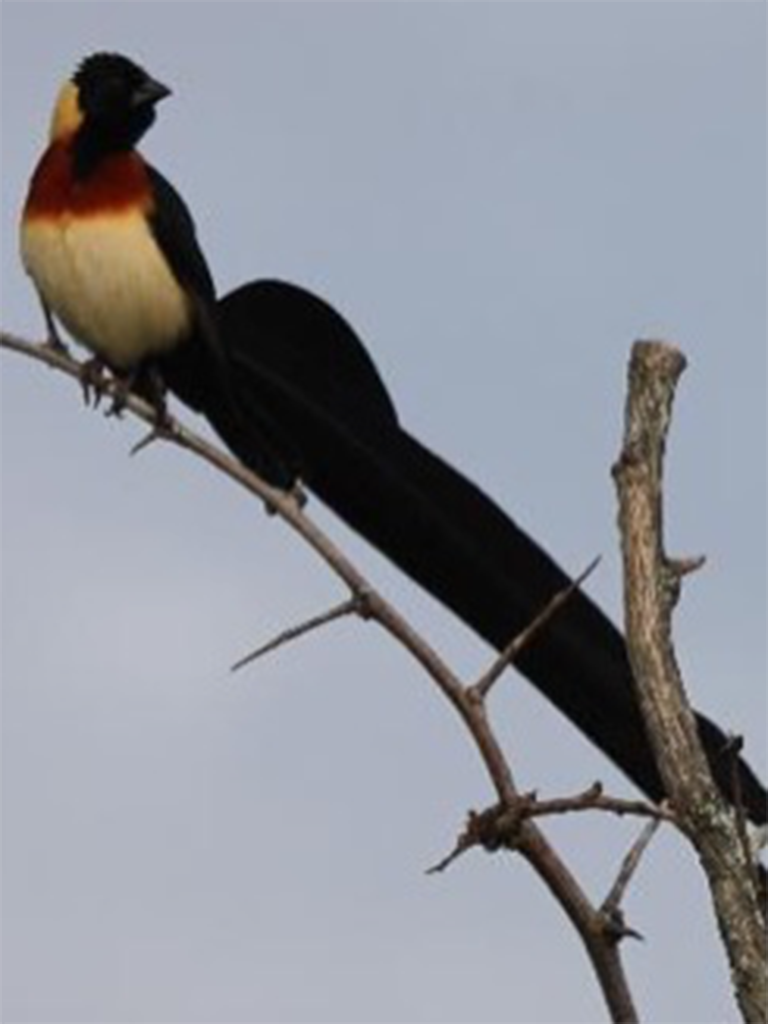 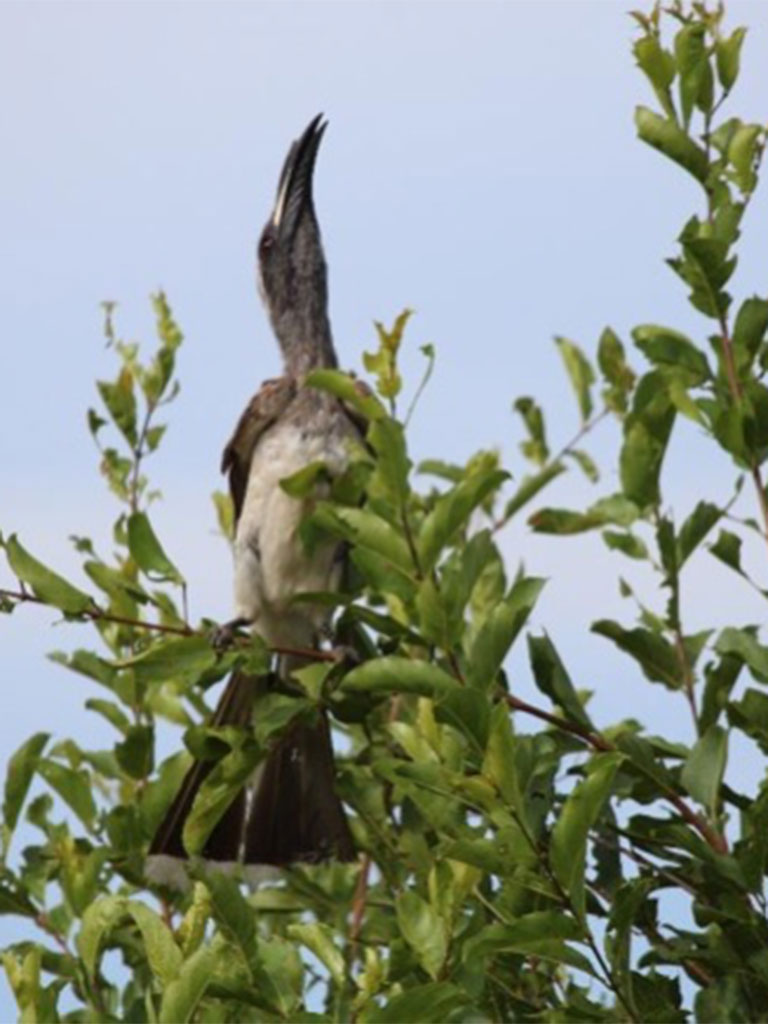 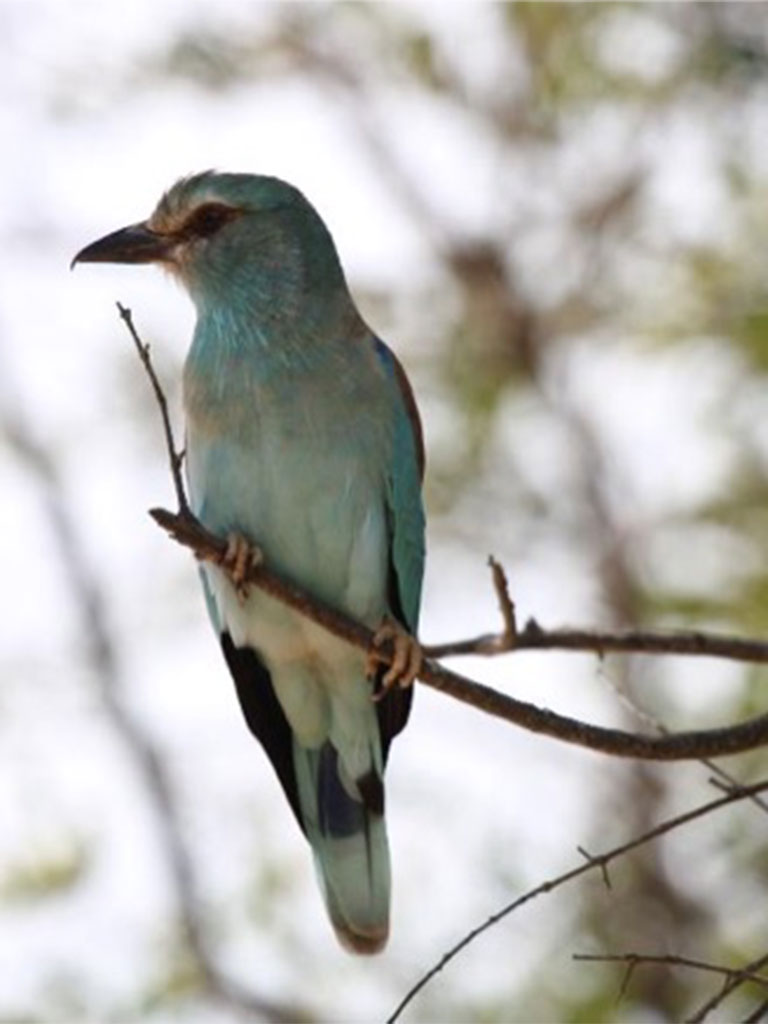 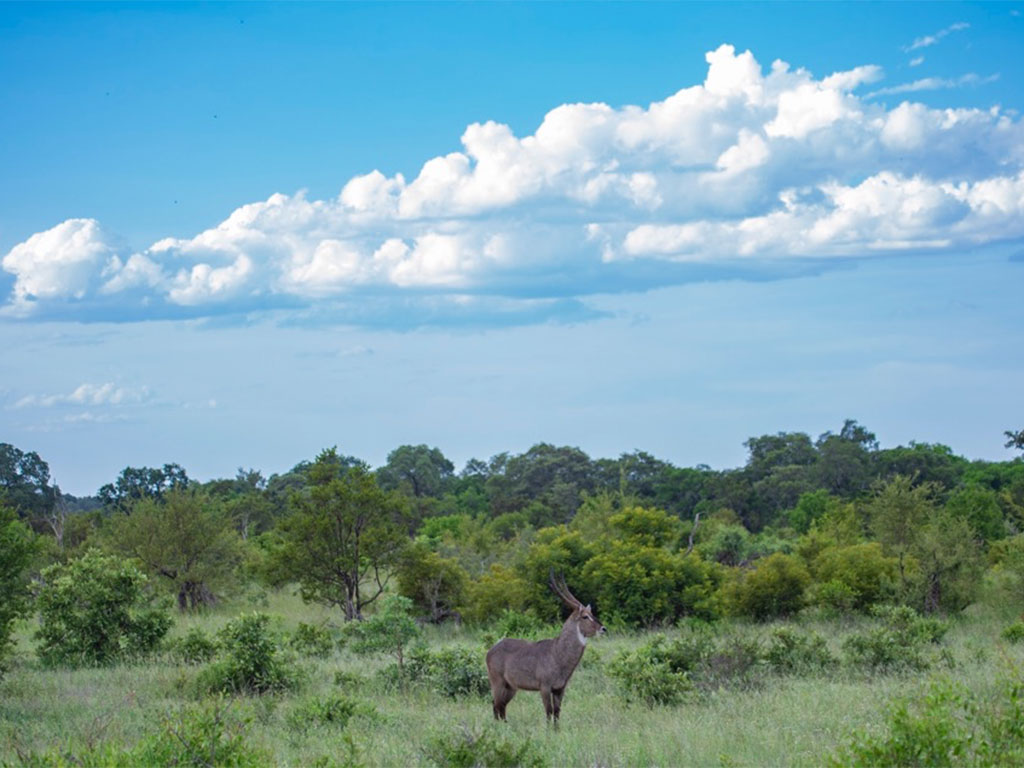 Despite ranking as the third most biodiverse country in the world, did you know that less than 7% of South Africa’s total land area is protected?

A recurring lesson that we are collectively learning from 2020 is the need to build and live sustainably. Sustainable practices around the way we use land will preserve our natural resources for future generations to enjoy, mitigate risks, increase operational efficiencies, produce higher yields, and increase investment returns. As South Africa develops as a country, with stakeholder incentives aimed at growing its economy, we hope to encourage the exploration of similar low impact tourism initiatives that promote conservation practices through the collaboration with private sector and local communities.

“Here we are, arguably the most intelligent being that’s ever walked planet Earth, with this extraordinary brain, yet we’re destroying the only home we have… “Whatever we believe about how we got to be the extraordinary creatures we are today is far less important than bringing our intellect to bear on how do we get together now around the world and get out of the mess that we’ve made. That’s the key thing now. Never mind how we got to be who we are.” – Dame Jane Goodall 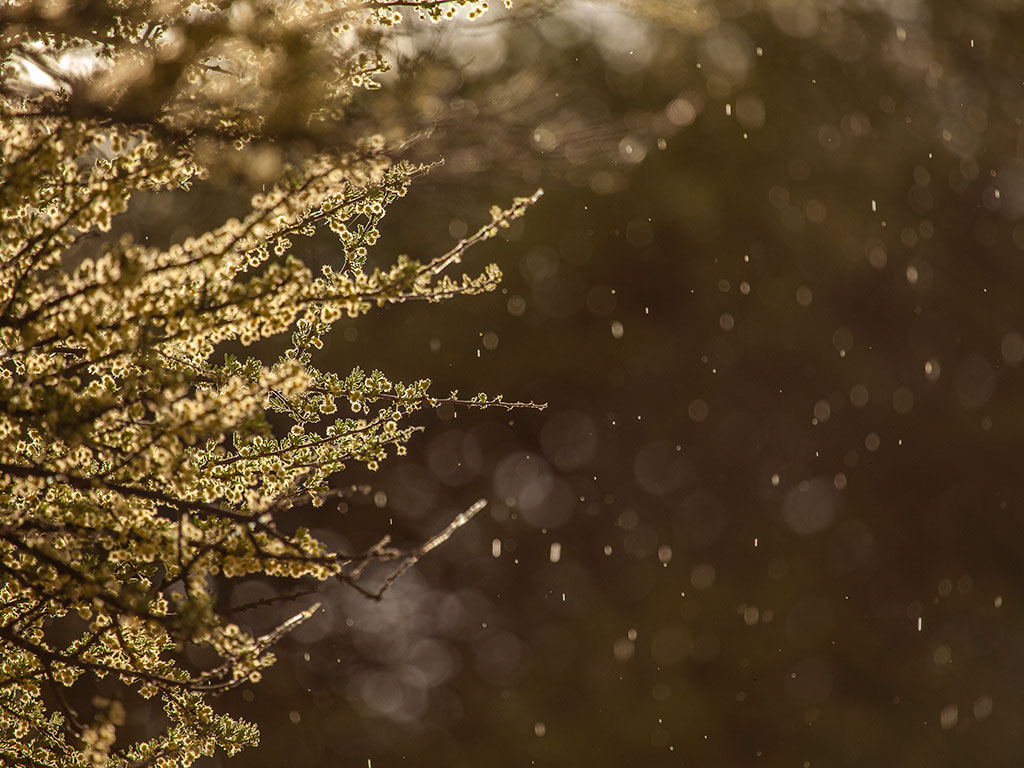