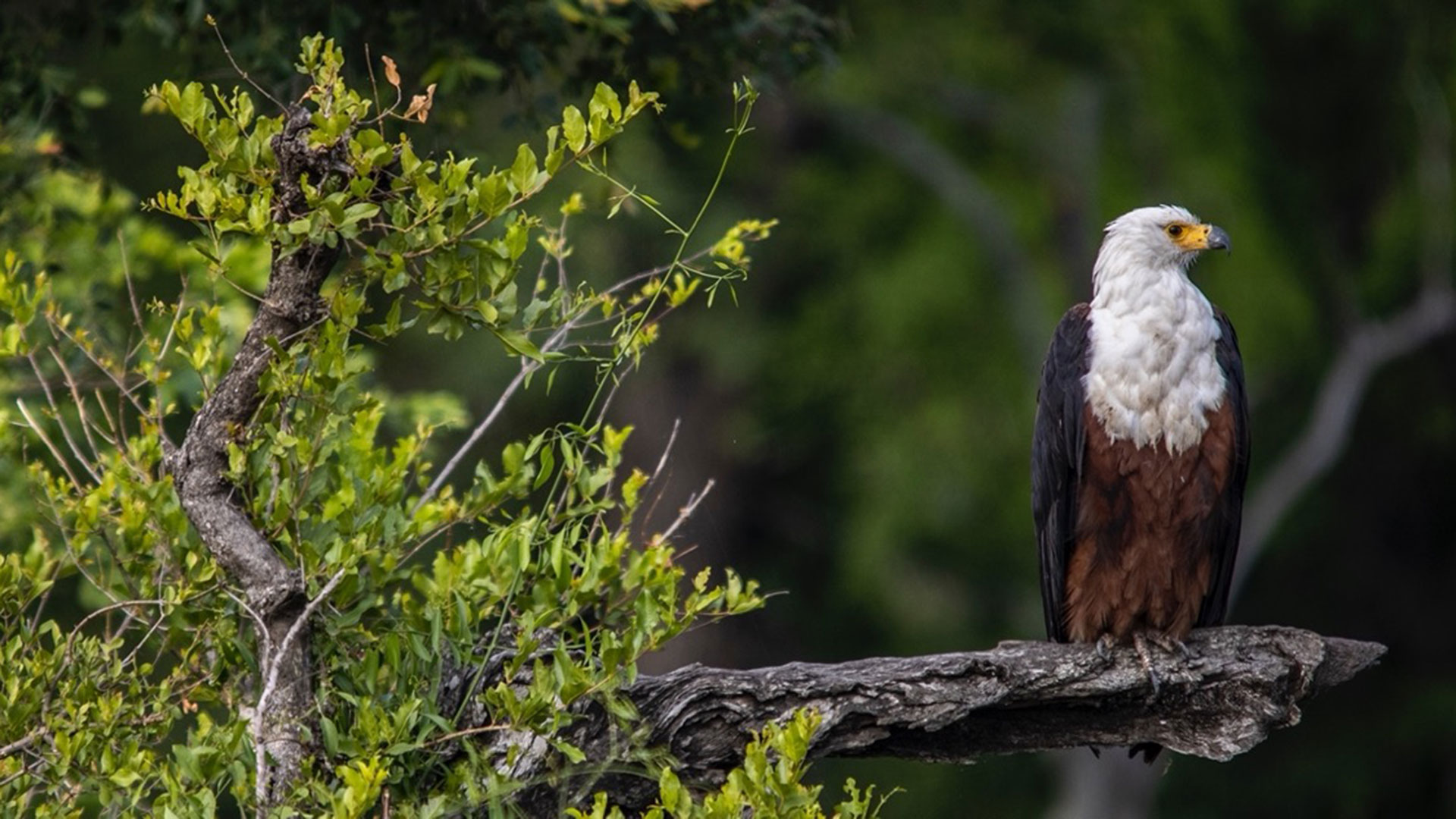 We were very fortunate to share the festive season with our wonderful guests! Along with this privilege, we have also shared some of the most incredible sightings and experiences in what can only be described as a magical month of unforgettable sightings. The end of a challenging year of uncertainty only raises the hopes and feelings of positivity that we have in looking forward to a better new year.

To start the new year on a poignant note, let us reminisce about some of our favourite bush tales once again! From the tales of “The Lion’s Mane” and “Donkey and the Leopard’s Skin” to some updates on our favourite animals of the Concession, we have plenty to share with you about how we sent off 2020. 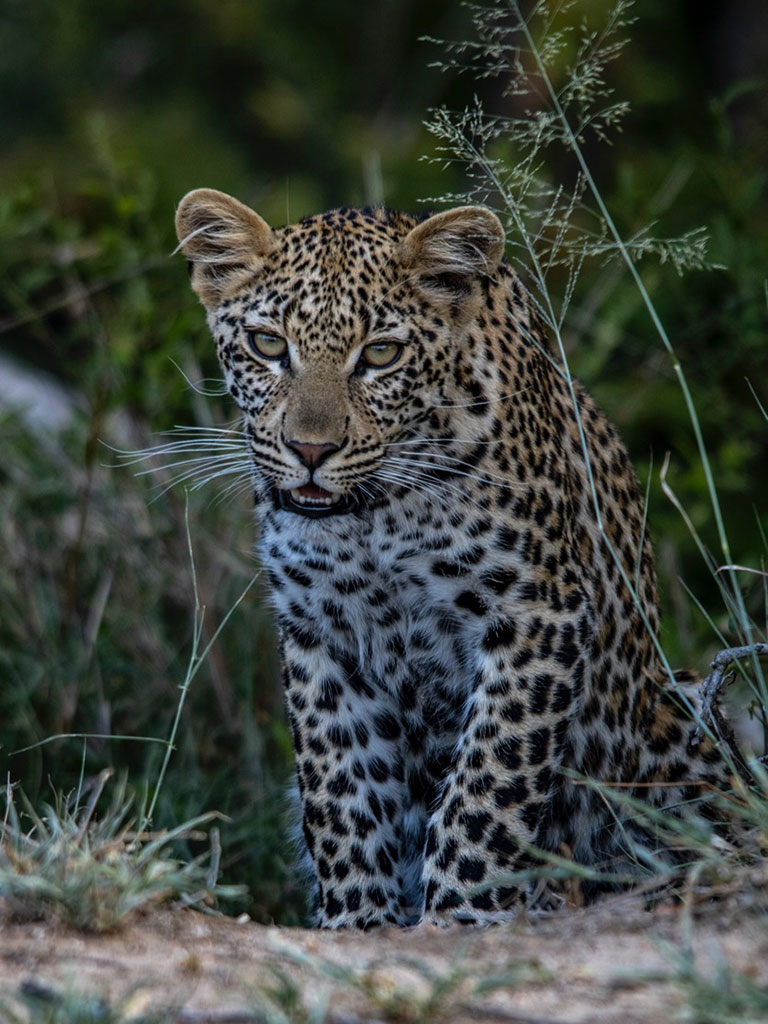 LIONS OF THE MLUWATI CONCESSION

Quick Lion Update: Madala and Blondie seem to have re-established themselves in the southern parts of the Concession, leaving the northern areas relatively unoccupied by any single pride of lions. We currently have 3 separate prides of differing numbers that are seen between Nkhombe Road and the Cutline as well as between S145 and Modzweni Road. We also have occasional sightings of the Torchwood Pride along with their dominant male at KNP Corner.

The Lion ruled the vast Savannah. All the animals thought he ruled fairly—that is until he became obsessed with getting a mane. It started when Lion saw Horse showing off about his glossy new mane. The lion thought how marvellous it would be if he, the king of the jungle, had a mane. “Hey Horse!”, roared Lion, “Come and tell me where you got that fantastic mane!” The horse galloped over and started to explain that he had woken up with his mane just this morning. The lion was disappointed and walked away. Suddenly Lion had a brainwave. What if the animals got leaves and stick to make him a mane! It would be much better than Horses! The next day Lion made his grand announcement. The animals were confused but they decided that they had to do as Lion said—after all, he was the king! The animals worked hard to find leaves and sticks.

At the end of the day, all of the animals were tired. Bird used water to stick all of the animals’ findings to Lion. Lion swanned around with his new mane, showing it off. But then, suddenly, the “mane” fells to the ground. The animals grew quiet and some even turn pale. The lion opened his mouth and started roaring at the top of his voice! “You didn’t try hard enough!”, roared Lion, “Look at what I have done for you!” Lion pointed at the vast Savannah. “And look at what you did for me!” Lion pointed to the now sticky mess on the floor. All the animals turned their heads to their feet. The lion was so angry that he ran head-first into a tree with silky golden leaves. The next thing you know, the tree fell on poor Lion’s head! The animals rushed to help him, but Lion had already escaped the tree’s strong branches. But, WOW! The leaves had amazingly stuck to Lion’s head! The animals gasped and then secretly smiled at each other. The lion jumped up and swished his new golden mane! All the animals sighed with relief they were glad that was over! The lion was ecstatic that he roared about his mane being a mark of royalty. 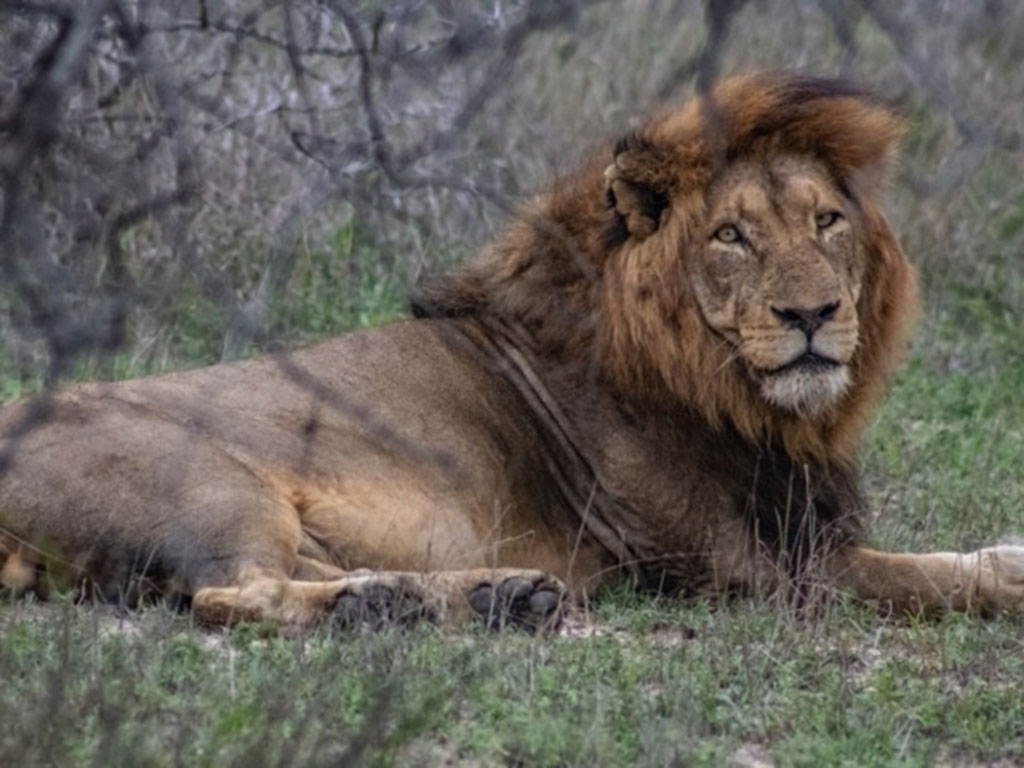 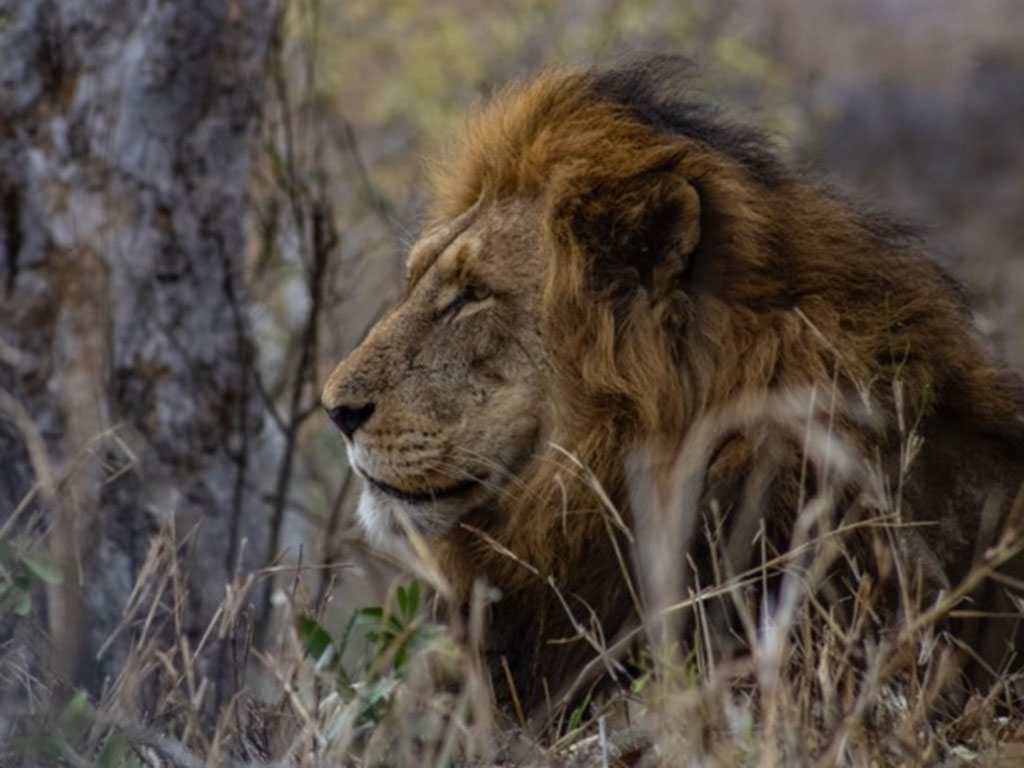 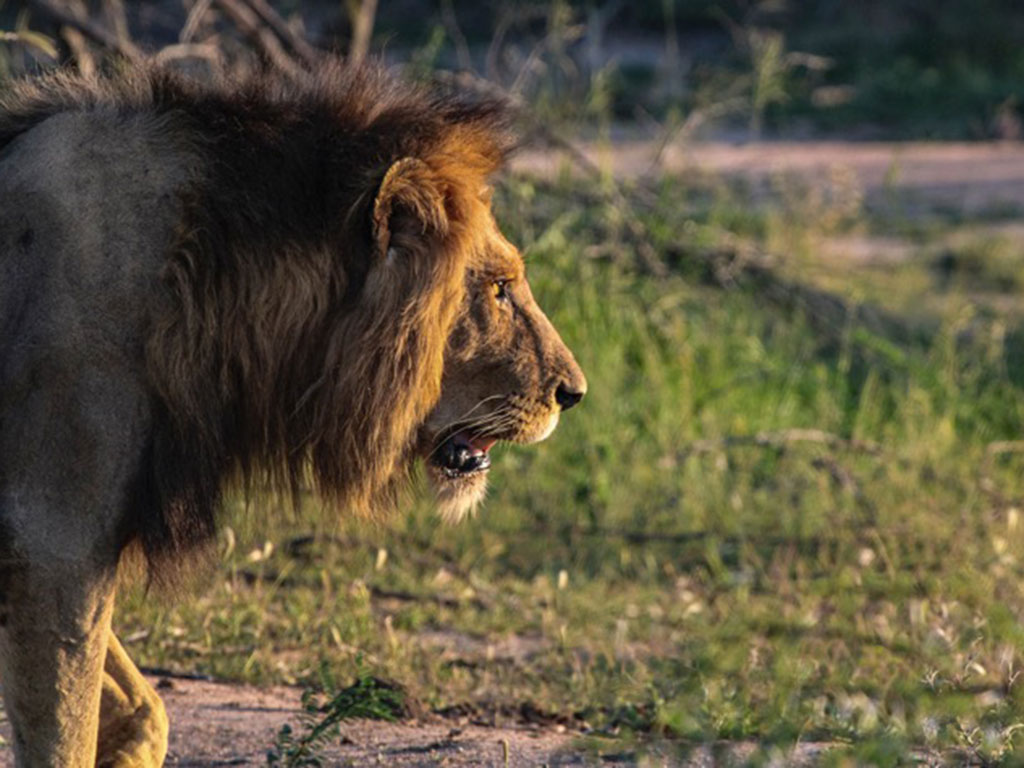 LEOPARDS OF THE MLUWATI CONCESSION

Quick Leopard Update: An unknown female, thought to be Nkhanye’s sister, has been spotted on the S125 First Mati Road along with her young cub. Tiyasela has been spotted occasionally, having taken full advantage of the abundance of Impala lambs at the moment.

“Donkey and the Leopard’s Skin”

Once upon a time, there was a washer man who had a donkey. The donkey was very lazy and was hungry all the time. But the washer man was poor. It was impossible for him to feed the donkey whenever he was hungry. Over time, the donkey became very lean and thin. One day, the washer man went to the town with his donkey. While on his wayback, he was passing through a jungle when he spotted a leopard’s skin!

Immediately, he thought of a plan to feed his donkey. That night, he covered his donkey with the leopard’s skin and drove him to the veld. The other farmers were frightened to see the “leopard” and they ran away! The donkey ate his fill and came home. This went on for months.

The donkey ate happily for many days. One night, while the donkey was eating in the veld, he heard the braying of another donkey. Out of excitement, he started to bray back at him. The farmers soon realized that the animal they were afraid of was none other than the lazy donkey. The farmers were very angry. They came out of their house with sticks and beat up the donkey.

They hit the donkey until the donkey cried out loud in pain. The washer man was ashamed of what he had done and realized his mistake. The next day, he went to all the farmers and was guilty for his wrong doings. Moral of the Story: you cannot keep fooling people all the time. Some day or the other, no matter how hard you try, they will find that you are tricking them. 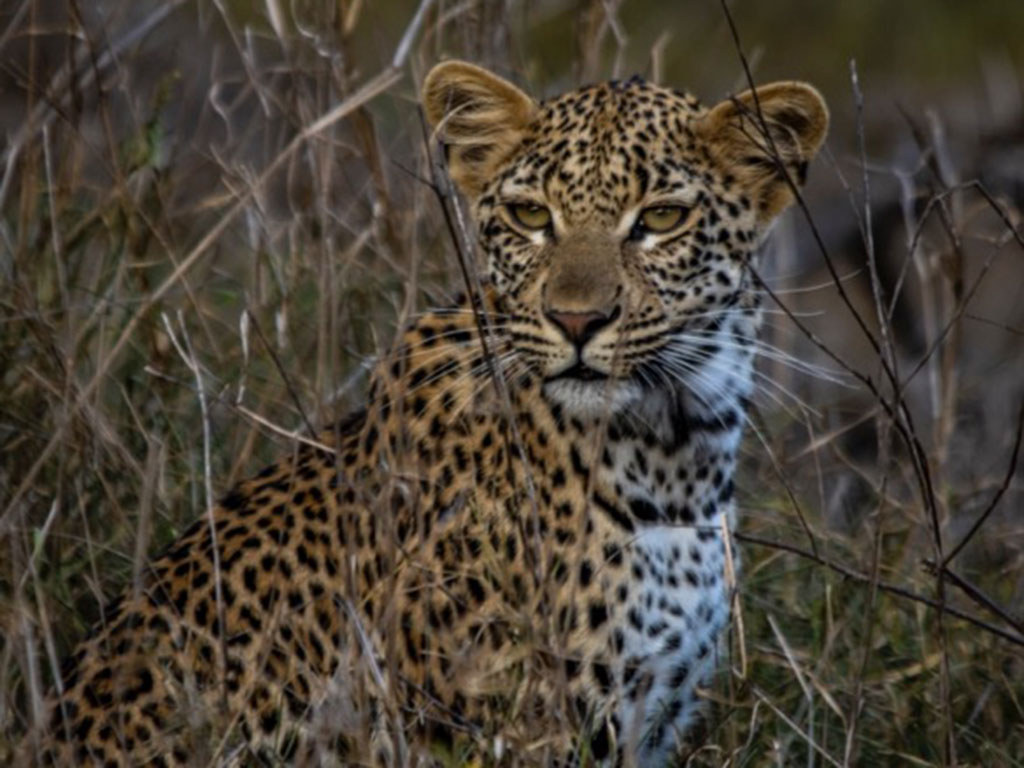 WILD DOGS OF THE MLUWATI CONCESSION

Our guests were delighted to join us on the incredible experience of collaring Southern Africa’s most endangered predator. Together with the vets from SANParks and the team from the Endangered Wildlife Trust, we were fortunate to locate a pack of wild dogs for collaring on our Mluwati Concession. As part of the Greater Kruger Wild Dog Project, the collaring of individuals in the various wild dog packs of the Greater Kruger allows for researchers and conservationists to monitor their movements, and assess the risks and threats that they face in their territories, in order to ensure the safety and preservation of the population of this highly endangered species.

To find out more about the experience, we invite you to check out our Hoyo Hoyo YouTube Channel: 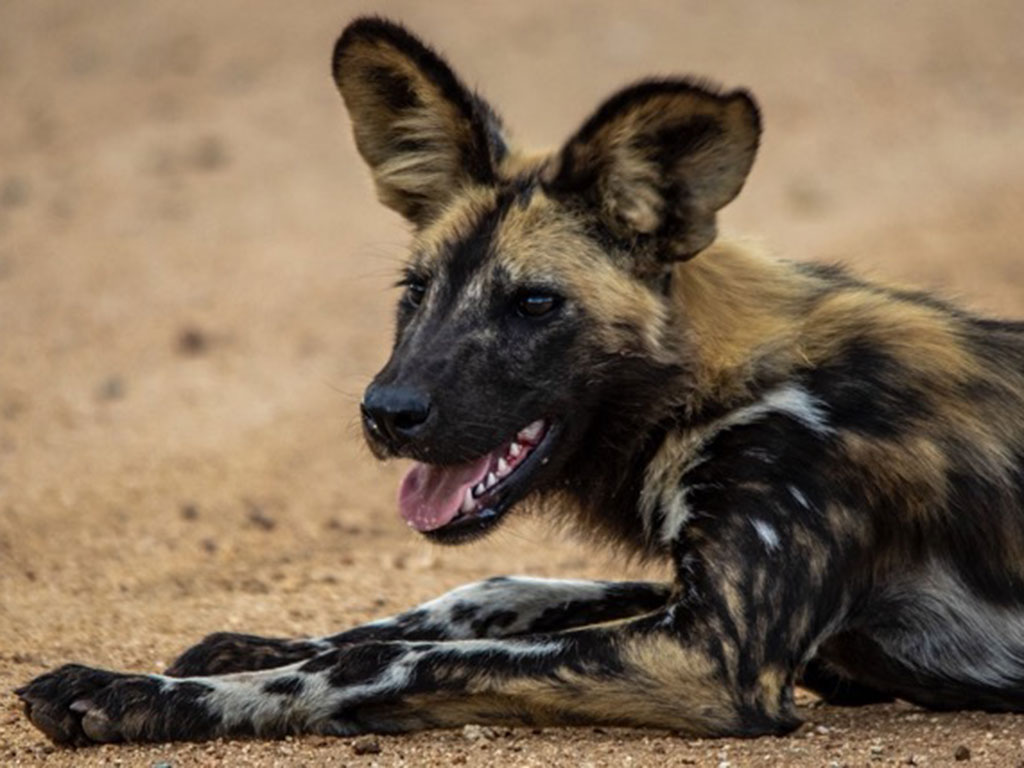 CHEETAH OF THE MLUWATI CONCESSION

Some excellent sightings of Cheetah have been an absolute treat for, both, guests and guides during the month of December!

“How the Cheetah Got Her Tear Marks”

A long time ago, it was another hot and sunny day in Africa. A hunter was lying under the shade of a tree. He was lazy and decided that it was too hot to go hunting. Below him, in a grassy clearing of savannah, a herd of fat springbok were grazing on the grass. He watched the springbok, wishing he could have the meat without the work of hunting them. Suddenly, he noticed a movement in the shadows next to the buck. Standing up and looking closely, he realised it was a cheetah looking for food. Slowly, she was moving closer and closer to the herd. A springbok had wondered from the herd and she singled it out. Suddenly, with a burst of energy, she sprang forward and chased the springbok with that magnificent cheetah speed. She caught the buck and quickly killed her prey. She dragged her prey to a shady spot, where her three small cubs were waiting for her. The hunter looked on the cubs with envy, wishing he had someone to hunt for him. Then he had a wicked idea – he would steal one of the cubs and raise it to hunt for him. During the twilight hours of the evening, the mother cheetah, leaving her cubs hidden in a bush, left for the waterhole. The hunter crept stealthily to the bushes where the cubs were hidden. After contemplating which cub to take, he decided to take all three – three were surely better than one. The mother cheetah returned and discovered that her babies were gone – she was heartbroken. She cried so long and so loudly that her tears left dark streaks down her cheeks. An old man, hearing her cries, came to see what had left her so distressed. He was a wise man and familiar with the ways of the animals. Upon discovering what the hunter had done, he was struck with anger. He returned to the village where he relayed what had happened to the elders of the tribe. The lazy hunter was exiled from the village and the cheetah cubs returned to their mother. But her weeping had stained her cheeks forever.

*The real reason for the cheetah’s tear stains is to help reflect the sun’s glare when they are hunting in the peak daylight. 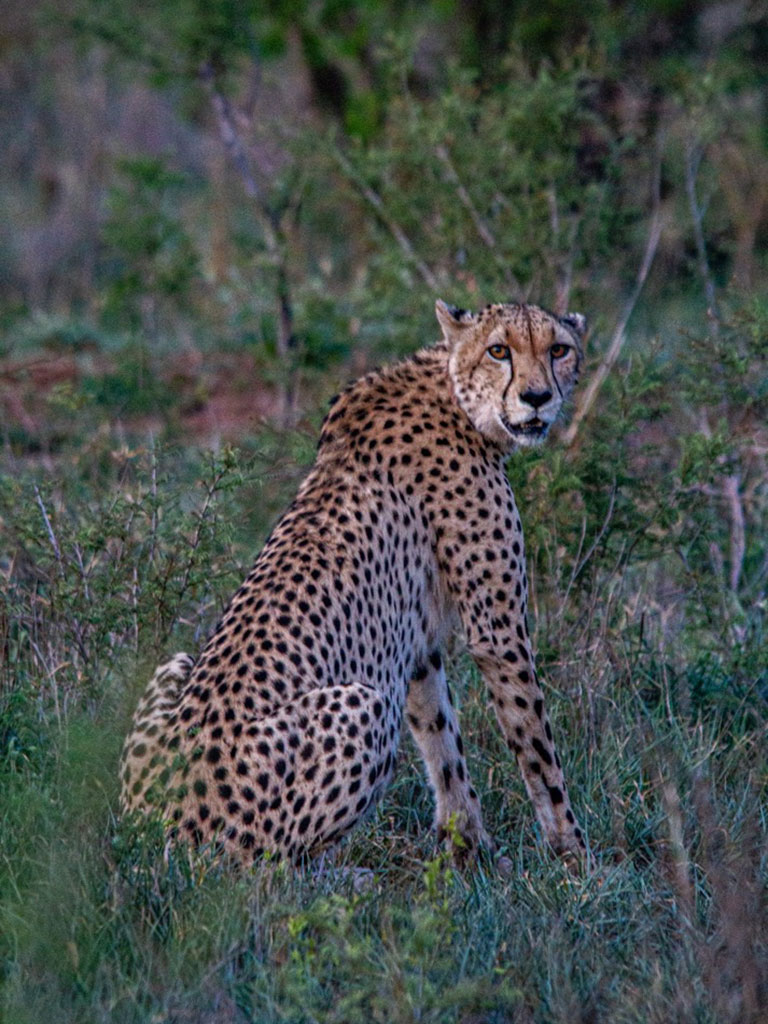 BIRDS OF THE MLUWATI CONCESSION

What’s in the call of a bird? – in order to assist you in learning about birds a bit more than the call and see if you can put words to it. For example:

This is how we manage to remember some of the more common birds in the area! 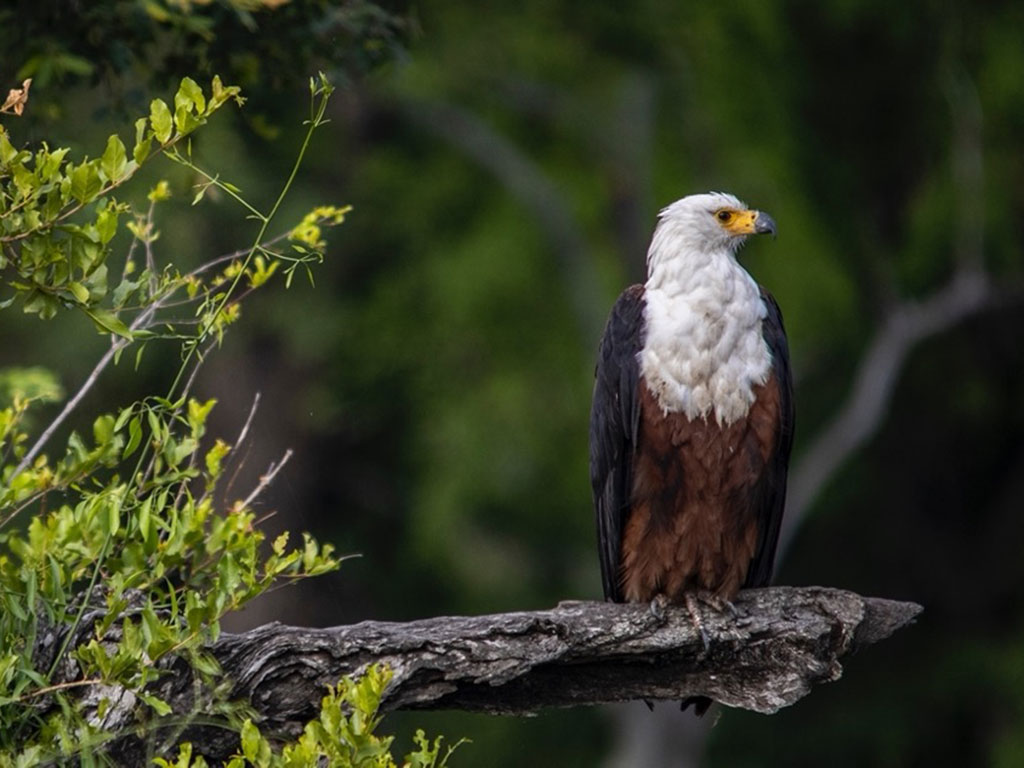 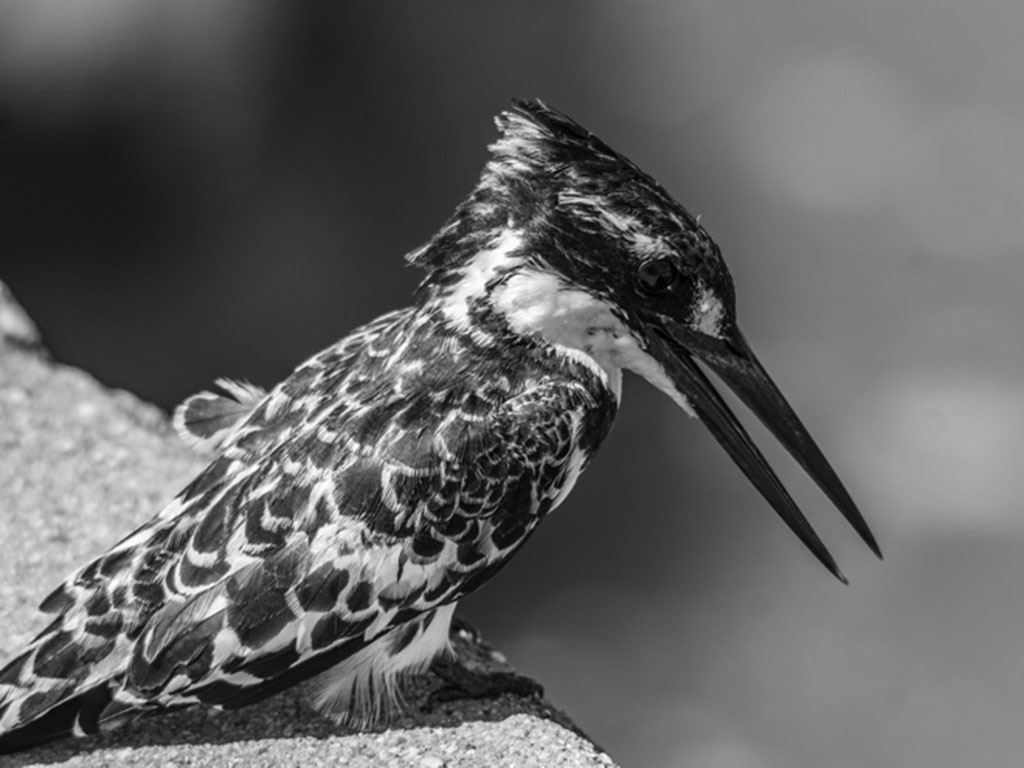 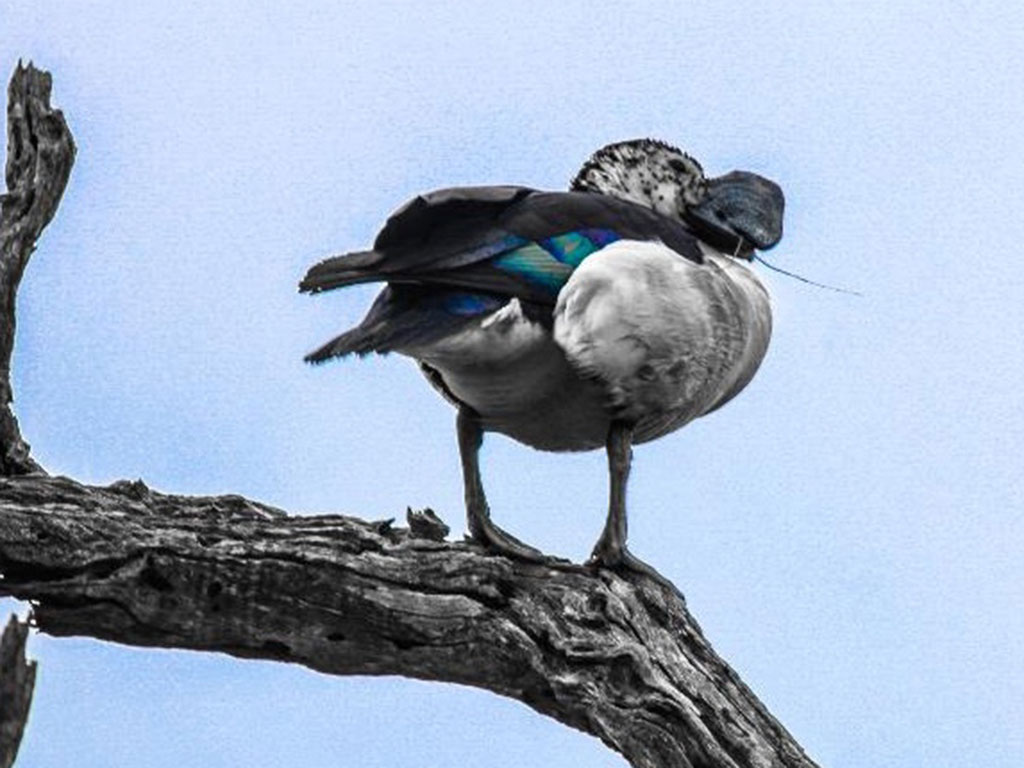 PICTURES FROM AROUND THE CONCESSION 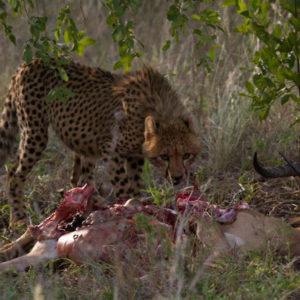 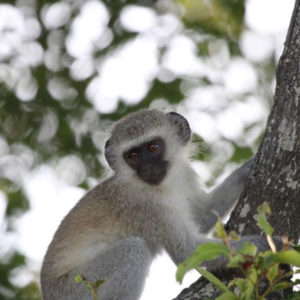 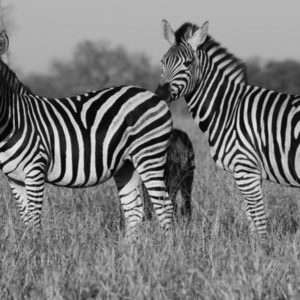 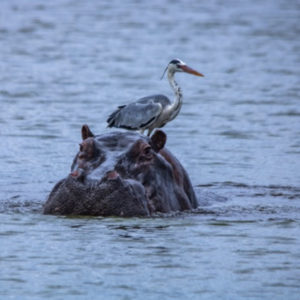 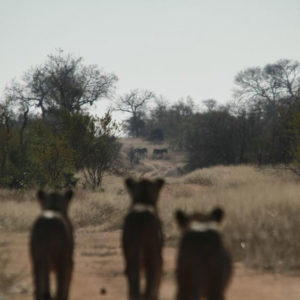 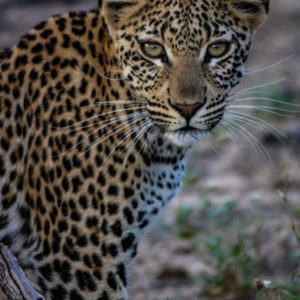 The start of the new year has been marked with an astounding burst of new life around the Concession as we enjoy the paradise of the summer season. The seasonal time of renewal in the bush is notably poignant this year as it seems emblematic of the transformation that the new year will bring. 2021 will decidedly mark a new, ground-breaking era of travel.

Innovation, planning, and global cooperation will enhance the travel experience, not only from a health and safety perspective but also, by increasing the value of the time and money you spend on leisure. These inventive practices, sparked only in part by the necessity brought by the onset of the pandemic last year, are emerging at each step of the global travel experience to increase the sustainability of the travel industry as a whole.

Whilst the pandemic has certainly brought ambiguity when it comes to planning, our innate desire to travel will remain steadfast. We hope to welcome you back to our beloved home in 2021!

Wishing you a prosperous and joyous year ahead! 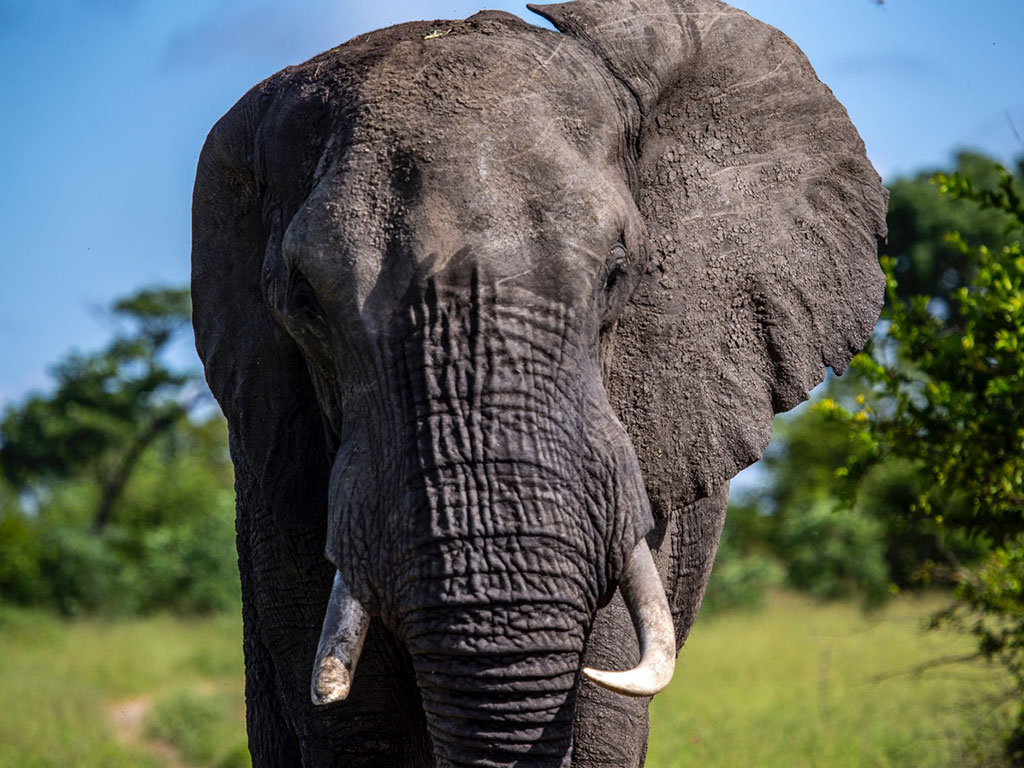